Technology Posing Ambiguous Threats Might Be 'Creepy' for Kids 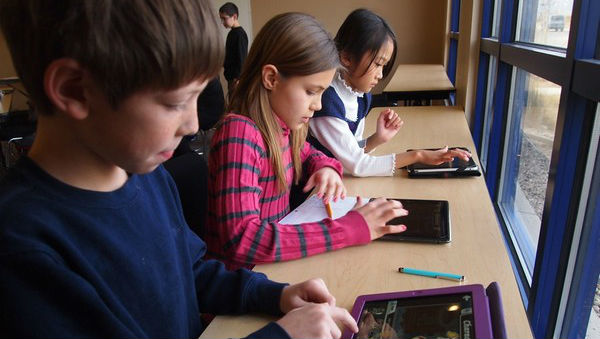 Washington D.C., May 17: Adults and children, nowadays almost everyone is an ardent user of technology. However, kids get creeped out with devices which bring ambiguous threats, a new study highlights. A study presented at a conference, ACM CHI Conference on Human Factors in Computing Systems' described creepy technology as something that is unpredictable or poses an ambiguous threat that might cause physical harm or threaten an important relationship."Over years of working with kids we realized they use the word 'creepy' a lot as a way to reject specific technologies," said first author Jason Yip. Smartphone an Addiction? Kids Spend up to 21 Hours in a Week on Their Phones, Claims Study.

He added, "But kids have a difficult time articulating what makes something creepy. So we designed a series of activities to give them the chance to work out their own thoughts and help us understand. "The series of activities incorporated 11 children aged 7 to 11 to rank real or imagined technologies as "creepy," "not creepy" or "don't know.

"Researchers found that devices that could bring about physical harm or disrupt an important relationship were most consistently ranked as being creepy."When we were brainstorming about what kids were going to be worried about, we never considered that they might be concerned that somehow technology would get between them and their parents, and that this would be such a salient issue in their minds," said co-author Alexis Hiniker, an assistant professor in the iSchool.

The team found five aspects of technology that lead to those fears: Deception- Kids want to understand how the technology works and what information a device is collecting. For example, when a child asked a digital voice assistant if it would kill him in his sleep and it said, "I can't answer that," the child became concerned.

Physical appearance- Kids are sensitive to how technology looks, sounds and feels. Lack of control- Kids want to control technology's access to their information and the flow of that information to their parents.Unpredictability- Kids don't like it when technology does things unexpectedly, like automatically knowing their name or laughing. Mimicry- Kids also don't like technology that pretends to be something else, especially when it's trying to mimic people in their lives or themselves."

All five themes are related to ambiguous threats. It's a not specific monstrosity coming after them here like when something is scary; it's more nuanced so that they're not sure of the consequences of their actions," Jason said. Another finding highlighted that adults had some influence on whether or not the children thought that specific devices were creepy. Screen Time: Obesity, Low-Self Esteem and Other Side Effects of Screen Exposure in Children Parents Didn’t Know Of.

For example, one child deemed smartphones "not creepy" because he saw his parents use them." Children have access to so many different kinds of technologies compared to the time when we were growing up," Hiniker said. "But their basic fears haven't changed at all. Kids want to feel physically safe and anchored to trusted adults who are going to protect them."