UK National Dies of Rabies After Being Bitten by Cat in Morocco; Know the Early Symptoms of This Deadly Virus Disease

The deadly virus is not found in wild or domestic animals in the UK, but between 2000 to 2017, about five Britons became its victim. 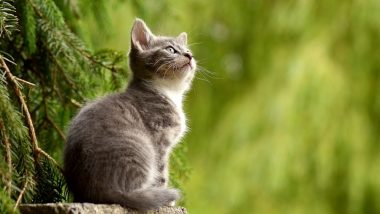 There are several reported cases of transmission of rabies virus. Very often, such serious incidents are making headlines. At recent, a resident from the United Kingdom was bitten by a cat while on a trip to Morocco has died of rabies. The Public Health England (PHE) issued a reminder on November 12 to all the UK residents after the Briton contracted the disease. Although there is ‘no risk’ to the wider public, PHE further said that the health workers and the victim’s friends and family were being monitored and offered vaccinations. World Diabetes Day 2018: Lack of Interest in Sex, Infertility and Other Symptoms of Diabetes in Women.

PHE in their statement added that no humans in the UK had contracted rabies from animals; other than bats for over 100 years. However, BBC reported that the virus is not found in wild or domestic animals in the UK, but between 2000 to 2017, about five Britons became its victim. Some species of bats in the nation can carry a rabies-like virus. Rabies is an infectious viral disease which affects the brain and central nervous system. World Diabetes Day 2018: Include These 5 Foods That Lower Blood Sugar In Your Diet.

According to the Centres for Disease Control and Prevention, the rabies is transmitted through the bite of a rabid animal. The early symptoms in people are similar to other illness such as fever, headache and general weakness or discomfort. As the deadly virus progresses, more detailed indications appear and may include insomnia, anxiety, confusion, slight or partial paralysis, excitation, hallucinations, agitation, hypersalivation (increase in saliva), difficulty swallowing, and hydrophobia (fear of water). In most cases, death occurs within days of the arrival of these symptoms. World Antibiotic Awareness Week 2018: What is Antibiotic Resistance and How You Can Prevent It.

PHE did not release further details about the recent Briton’s death. But while warning the citizens, the head of immunisations at PHE, Mary Ramsay advised, “If you are bitten, scratched or licked by an animal you must wash the wound or site of exposure with plenty of soap and water and seek medical advice without delay.”

World Health Organisation states that the disease occurs in more than 150 countries and causes tens of thousands of deaths every year, majorly in Asia and Africa. The organisation further estimates 95 per cent of instances occur in Africa and Asia, with over ‘99% of cases due to dog bites.’

(The above story first appeared on LatestLY on Nov 13, 2018 09:15 PM IST. For more news and updates on politics, world, sports, entertainment and lifestyle, log on to our website latestly.com).