Jacqueline Fernandez's Bong Avatar Made Us Realize How Hot The Sri Lankan Import Is Even In Her Desi Flavour!

Every element on display--from the Sari to her make up and from the carefully crafted earrings to the unmistakable mehendi--speaks volumes about the study that has gone into designing this look! 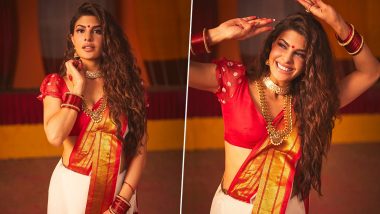 Jacqueline Fernandez has the unmistakable international appeal. Her flawless skin complexion, the facial features and her tall frame make Jacqueline the ideal cover material for the fashion and film glossies. The 34 year old rocks western numbers with an incredible panache. But truth be told, the model-turned-actress is equally graceful (as well as hot) when she unleashes the desi streak.  Fernandez is all set to turn heads with yet another track and this time, titled Genda Phool with Badshaah where there’s a surprise for the audience.

This number has certainly come as a surprise for her fans as it's the first time ever that she will be singing in Bengali. The hottie is seen donning a Bengali attire for this special number.  With her hair kept open, meandering beautifully on her shoulders the beauty gets our vote for pulling off the quintessential  Bengali look. Jacqueline Fernandez Raises the Temperature by Performing Yoga in Her New Instagram Post (Watch Video) 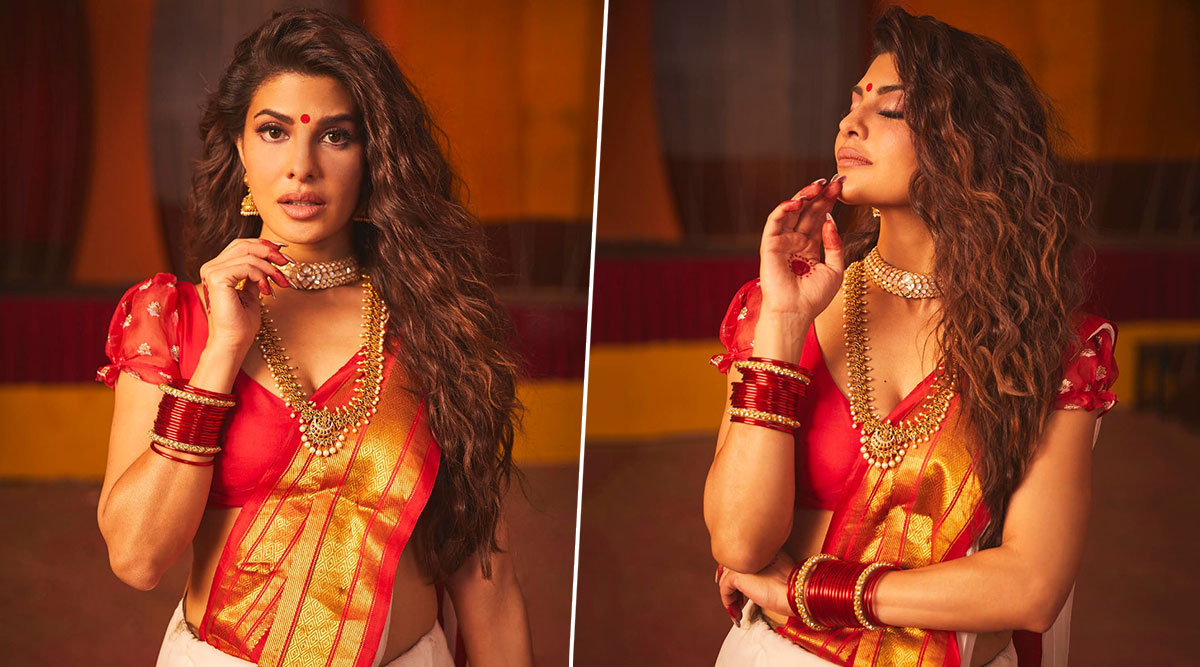 The big bindi, the choker and the long neck piece add more drama to the look. Not only does she get the accessories right, but she also gets the right tadka required for this look. Every element on display--from the Sari to her make up, and from the carefully crafted earrings to the unmistakable mehendi--speaks volumes about the study that has gone into designing this look! Jacqueline Fernandez Is a Delight in Florals With a Whole Lot of Tassels and Sass!

Earlier, during Holi, Jacqueline released a song titled Mere Aangne  in which she looked quite sensational, and now we have this number where the beauty leaves no stone unturned to win us over again!  How do you rate Jacqueline's Bengali avatar? Tell us fans in our comment section below.

(The above story first appeared on LatestLY on Mar 28, 2020 09:56 PM IST. For more news and updates on politics, world, sports, entertainment and lifestyle, log on to our website latestly.com).