Life Sometimes Hits Hard, but When Someone Gets Up and Achieve Their Goals Is the Real Hero, Meet Ray Cartier Who Proves It All

Ray is committed to helping people achieve financial freedom through investing. He is a self-made investor who experienced poverty in his childhood and hence feels the need to empower other people who are stuck in financial hardships. 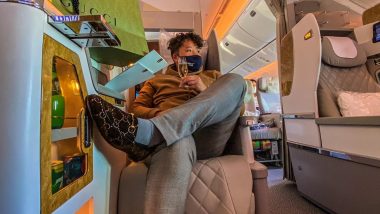 Ray Cartier, a 28-year-old entrepreneur who was raised with an ambitious mindset to pursue financial freedom. Born in Brampton Ontario, Ray saw a rough childhood. He was brought up by a single father who was working long but was still struggling financially. Since young, Ray realized the value of money.

When just 11 years old, Ray delivered newspapers making 7.25 an hour to put food on the table.

At age of 16, the situation worsened. He was forced to move out as his father couldn't keep up with the bills in the apartment. Initially, he found a few homes offered by his church community, however, he soon discovered that he was about to become homeless.

Ray had no choice but to drop out of his school to make ends meet. Fortunately, he was able to obtain employment at Forever XXL as a part-time sales associate. Soon then, Ray was quickly recognized for his hard work and his unique fashion sense. Ray had become a key employee to his management team at Forever XXL. Ray accepted his position as a full-time assistant manager at Forever XXL and continued to work hard.

It was then, Ray decided to resume his high school education at the City Adult Learning Center located at Danforth, Toronto.

How things took a turn for Ray

It was 2012 when Ray left his job at Forever XXL and decided to pursue Law Enforcement as his career. Ray began his job as a Security Guard and was working towards building experience to become a Police Officer. However, he got injured while on duty, prompting him to focus his study towards alternative means of generating income.

Ray always possessed strong knowledge and interests in the finance field, this enabled Ray into studying Financial Planning at Seneca College. He then chose to work as overnight security in efforts to attend his classes during the daytime.

In a few months, Ray was at a co-op placement for his program, he noticed that many of his clients were earning thousands and some millions with Day Trading.

Upon dropping out of College, Ray began spending countless hours and invested thousands of dollars to trade and learn under various mentors. Unfortunately, he quickly realized that most of these mentorship programs were just money grabs.

This was the time when Ray began to relentlessly study and analyse price action based trading as well as fundamental trading. Soon then, Ray finally adapted to the market and became dependent on it. Ray wakes his students up to their blind spots. From his experience, he protects them from getting burned. His students have someone to approach with their frustrations, and they are trained to master various aspects like price action, trading, reading charts, and risk management. Ray also focus on digital currency. He deals in cryptocurrencies as well as spreads knowledge about them.

Ray says all these hardships gave him discipline and made him understand the value of money. He notes that his experiences have led him to care about improving people’s financial life. He is well aware of the fact that he’s not a know-it-all. He has lost money on investments, but one of his biggest financial setbacks came in the form of a medical bill following a back injury.

Remembering his struggles of early childhood is a great source of motivation for him. Ray still watches speeches, video clips, and motivational films to keep him going. He reveals that he spends at least one hour every day on personal development.

Ray plans to make it better for people struggling financially

Ray is committed to helping people achieve financial freedom through investing. He is a self-made investor who experienced poverty in his childhood and hence feels the need to empower other people who are stuck in financial hardships. He has a perfect understanding of how tough life can get, which is what drives him to educate people about making great investment decisions.