Lior Poly 'The Harder I Work; the Luckier I Get'

Do you put in a 9-5 for your employer and come home exhausted? This is what is keeping you down. You need to go home and put in an hour or two of work for yourself instead of them. This way, you can earn extra cash to further your qualifications and move up the ladder. 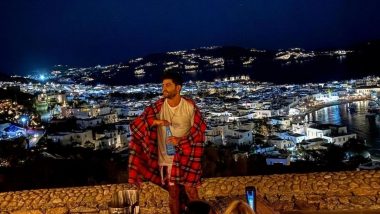 Why Hard Work Pays Off, by Internet Mogul Lior Poly

Aged only 27 years old, Lior Poly is already rich enough to be an Angel Investor. He is an internet mogul who started out making money online at only 16. It took him ten years to become an established success in the online world, but now that he has made it, he proves his worth in volumes.

Lior Poly is a self-made internet millionaire, having started on his own, straight out of school. He had an old laptop, and he wanted to learn about web development… so he did. At 16, he was making money through advertising programs. At 18, he invested that money in his future by taking a course in app development. Later, he was able to marry the two and create profit where others failed.

An enigmatic leader and successful businessman, Lior now spend most of his days reviewing other businesses, helping the best ideas out with an investment or two. He offers consultations; for others, he provides advice… but whatever he does, he hasn’t stopped working since he set out.

Hard Work is All it Takes to Be Successful

When asked about his success, Lior Poly doesn’t consider himself to be “lucky.” Instead, he attributes his financial situation to the hard work, effort, and determination he put into changing his one life for the better.

You can work hard all your life and never go anywhere if you don’t invest in yourself. Save up enough to better your education, get the qualification to better your career, and get ahead. Improving your situation is down to you. Unfortunately, it is unlikely that someone will swoop in and save you from poverty, so you have to work towards saving yourself.

Do you put in a 9-5 for your employer and come home exhausted? This is what is keeping you down. You need to go home and put in an hour or two of work for yourself instead of them. This way, you can earn extra cash to further your qualifications and move up the ladder.

How do you find the time to do that? In a 2020 article in Medium, Lior Poly explains how he cut out watching television in the evenings. This gave him roughly 30% more free time to get creative and put in the hours working for himself. If you alter your after-work routine so that you spend even 15 minutes on your betterment, you will eventually be in a more prosperous position.

On the other hand, if you don’t take those small steps every day, you won’t succeed if you don’t put in the effort. You will stay as you are, gestating in a situation that you have the power to improve but that you don’t bother to improve.

If you want to be successful, learn to work harder instead of wishing for good luck. Work harder for yourself – not for other people – and you will soon save yourself. When you learn to do that, you stop wishing for luck because you know you can do it yourself.