Hard Work is No Match for Imagination

Unfortunately, one pervasive aspect of corporate culture is that creativity is associated with children, and thus a serious adult should display less of it. We learn that to be taken seriously, we should hide our creative impulses. 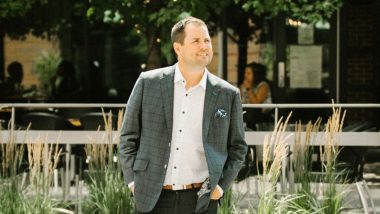 "You would make a ship sail against the winds and currents by lighting a bonfire under her deck? I have no time for such nonsense." --Napoleon Bonaparte, to Robert Fulton, inventor of the steamboat.

Poor Napoleon. It's not that he lacked ambition or drive. But in many ways, his chronic lack of imagination and ability to adapt to evolving military technology and battlefield circumstances was eventually his undoing. Many of today's most hard-working business leaders today are suffering from the same problem, and in an era of extremely rapid change, the lack of vision has terrible consequences.

But here's the good news. Everyone on this planet was born with a natural sense of curiosity and a healthy imagination. It is perhaps the single most important hallmark of our species. It's why children ask why, it's why they play, it's why we as adults will still entertain ourselves with elaborate fantasies of encounters with celebrities, or spend a morning shower imagining ourselves winning entirely fictitious arguments with a coworker. People who say they aren't creative thinkers are wrong. They just haven't been encouraged to apply their natural creativity towards their career.

Unfortunately, one pervasive aspect of corporate culture is that creativity is associated with children, and thus a serious adult should display less of it. We learn that to be taken seriously, we should hide our creative impulses. And the longer we train our brains to repress this function, the more it becomes a habitual way of thinking, to the point where people actually believe they aren't creative.

And some people may inherently be more creative than others. Current neuroscience has been able to prove a correlation between people who demonstrate more creative abilities with how their brains are wired. But those same people also reported that they had more creative hobbies that they regularly enjoyed. So what came first? The wiring of the brain which produces creativity, or the creative pursuits which exercise different parts of the brain? Science doesn't yet know the answer to that chicken and the egg question. However, neuroscientists do know that when you do more creative things or try to think more creatively, your creativity will gradually improve. "The cells that fire together, wire together," said Donald Hebb, an early pioneer of neuroscience.

There are a few fields where creativity is encouraged, and those industries tend to encourage those cells to fire together in all sorts of different ways. Marketing companies these days will often have a ping pong table hanging around, perhaps an assortment of videogames, and their workspaces are usually colorful, playful. While some in the business world unfortunately associate play with being juvenile, play should be more strongly associated with creativity.

Want to unlock your creativity? Try playing more. Get the crayons out. It's about turning off that voice in your head that instantly is judging, and instead, tuning in to the voice that is exploring. Maybe it's time to take an improv class or a cooking class. One exercise Odyssey of the Mind frequently challenges its students to complete is taking a random object, and letting your brain dream up different uses for it. A cup? It could also be a hat, Thumbelina's bathtub, or maybe even a climbing tower for ants to practice on!  It isn't really important what the exercise is…it's about getting those creative cells in your brain used to firing alongside your solutions-focused, logical cells.

Creativity is automatically associated with certain industries, and real estate isn't one of them. But Midwestern real estate tycoon Kris Lindahl is a huge advocate of creative thinking, and is always encouraging his agents to think out of the box to come up with more innovative ways of serving their clients. Lindahl says, "Your imagination will lead to more success than anything. I see a lot of people in business that believe getting to the next level is hustle, horsepower. Horsepower won't get you there alone. You need to use your imagination."

Lindahl got his start in the middle of the housing crisis, and has built his brokerage from a team of a few agents to hundreds of agents spanning multiple states. So when he credits imagination and creative thinking for his success, his team listens. Just this past December, while much of his industry was bemoaning a lack of inventory, his team surpassed $1 billion in sales.

So no matter where you currently find yourself in your career, maybe it's time to give yourself permission go ahead and daydream a little. Buy that box of crayons you always wanted as a kid. You know, the one with the crazy amount of colors and the sharpener. Take a walk in a park, and imagine that it's a different planet, or a different time. The floor is lava, and tag…you're it.