"We're definitely going to dive deeper into the clothing, it's just not the right time now. But when it is, it'll be worth the wait." Anderson's Lost Boy hats are highly sought-after clothing items, often being near impossible to get hands-on. The singer and serial entrepreneur is often seen wearing new/unreleased designs on social media and in public. 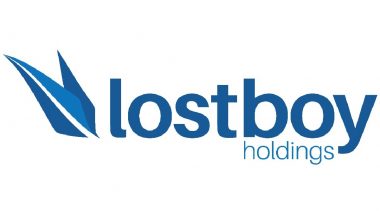 When you look at some of the biggest companies dominating their respective markets today, it's always interesting to research the background behind how each one was built.

Some companies like Microsoft, Apple, Amazon, and even Disney have wild backstories that can trace their beginnings all the way back to garages, old houses, or wherever else their founders worked endless hours. These success stories are inspiring and push the narrative of the American Dream forward, giving hope to young and hungry entrepreneurs.

Lost Boy Holdings LLC was built in similar regard to some of America's biggest companies to date. No, the company didn't start in a garage, but it did start in a college dorm room somewhere in Western Wisconsin. When one thinks of Wisconsin, they don't normally have much to say about the state's almost non-existent entertainment scene. Bigger cities in the state like Milwaukee and Madison hold some promise but pale in comparison to other music scenes in Midwest cities like Chicago or Detroit.

Despite the lack of a solid industry, Christian Anderson, more famously known as his stage name "Trust'N," built a multi-million-dollar empire alongside his business partner Bryce Vander Sanden. The two began the company as sophomores in college, later leading Anderson to drop out before the end of his senior year. "I remember calling my mom and telling her I was going to drop out because I was just making too much money and felt like I was wasting my time going to school," recalled Anderson. "I'm lucky to have such supportive parents who recognized my passion and understood my decision."

At the time, Anderson and Vander Sanden were running only Lost Boy Entertainment LLC, the digital marketing and public relations branch of Lost Boy Holdings LLC. The firm reported over 1 million in revenue last year, boasting an impressive clientele list of Snoop Dogg, Mayweather Fitness, Target Inc., Procter & Gamble, Lil Baby, The Migos, Jason Derulo, G Herbo, The Game, Gucci Mane, Ne-Yo, and viral sensation Harry Jowsey among others. The company services thousands of clients yearly, constantly establishing even deeper foundations in the entertainment industry. The body of the umbrella has gotten much wider since.

Today, Lost Boy Holdings LLC manages a total of 6 different firms and sub-companies. Among its many ventures spanning across multiple industries, the company has expanded into E-commerce and Real Estate. It recently launched Lost Boy Logistics LLC; a logistics branch primarily focused on providing monthly passive income-producing investment opportunities to its private clientele. While it's still early, the company has shown promise, becoming one of the Lost Boy's most exciting and important start-ups. However, the Lost Boy's businesses don't just stop there.

Another notable firm under the holdings company is Lost Boy Clothing, the Lost Boy's apparel/merchandise company. The firm has been previewing new designs for months without a set public launch date. Anderson started the clothing company when he was in high school, selling over 500 hats out of his backpack his senior year. "I think back to those days, and it makes me smile. It was really the first venture I ever had besides the music.

Everyone was buying hats, and it was dope to see. I just threw together a quick design for myself, and everyone loved it." The clothing brand has evolved in many ways, working with the same factories that produce Nike, New Era, and Adidas. The brand's Instagram page teases new drops, consistently announcing new designs in very limited quantities. Anderson says he plans to make the clothing line less exclusive, hoping to go public with it once it's ready.

"We're definitely going to dive deeper into the clothing, it's just not the right time now. But when it is, it'll be worth the wait." Anderson's Lost Boy hats are highly sought-after clothing items, often being near impossible to get hands-on. The singer and serial entrepreneur is often seen wearing new/unreleased designs on social media and in public.

The company recently made hats that had "Lost Boy Records" sewn on the front patch. This has led some to believe another new company or big announcement is on the horizon. Of course, as the name says, the company would handle all of its artist's publishing.

Aside from his busy schedule as Chairman of Lost Boy Holdings LLC, Anderson has been actively working on new music. The musician has had an impressive run as a self-marketed singer, going viral and charting twice in a row with back-to-back releases. His next project is supposed to be titled "Neverland" and will be a collab project with fellow creative and frequent collaborator BKWDS.

The duo unexpectedly went viral with their 2019 EP release "Lapse," turning a lot of heads in their direction. While the new release hasn't been officially announced, many are expecting the project to drop soon after the artists began teasing some of their unreleased music months ago. Anderson (Trust'N) hasn't dropped any new tunes since his summer single "Lucy" broke the top 10 on the iTunes hip hop charts. The track went viral on TikTok over a year ago.

Since its inception, from entertainment all the way to e-commerce, Lost Boy Holdings LLC has been pushing the boundaries of what can be done independently. "Our mission to inspire those around us to pursue what might seem to be the unlikely or impossible," said Anderson.