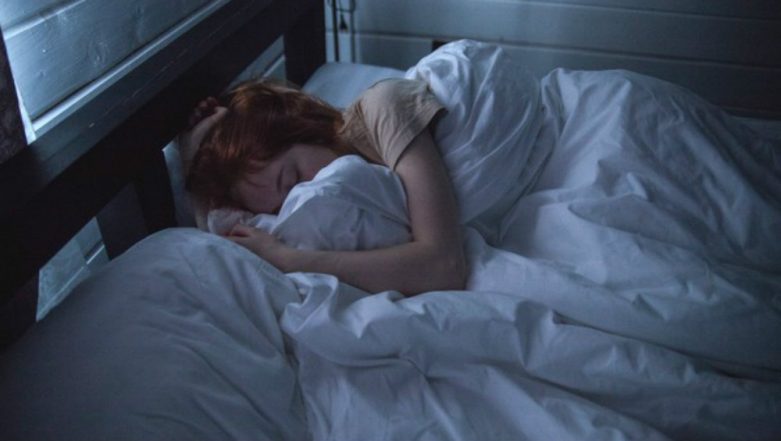 Washington DC, May 26: Not getting enough sleep or poor quality sleep is linked to a number of health issues, but how does lack of sleep affect your parenting? A new research shows the relationship between sleep and permissive parenting.

The study published in 'Journal of Sleep Research' looked at the link between maternal sleep and permissive parenting during late adolescence. The findings showed that mothers who don't get enough sleep or who take longer falling asleep have a greater tending to engage in permissive parenting - parenting marked by lax or inconsistent discipline. Sleep Myths on Snoring and Drinking Before Bedtime Busted by Researchers.

Results also showed that sleep quality may be especially important for mothers from socioeconomically disadvantaged households."Short and disrupted sleep patterns are common among parents, especially parents of young children, and can affect their mental and physical health and daily functioning," explained researcher Kelly Tu."Extending this work beyond young children, we were curious as to how sleep affects the parenting of adolescents," added Tu.

During adolescence, 11 to 18 years of age, parental involvement is still an important contributing factor in how well kids are adjusting socially, emotionally, and behaviourally. Tu explained that the research has shown a link between permissive parenting and adolescents' vulnerability to problematic or risky behaviours.

Those risky behaviours during adolescence could include affiliating with deviant or delinquent peers, engaging in delinquent behaviour (vandalism or skipping school), or substance use and abuse,"Given that permissive parenting may heighten the risk of adolescents' risky behaviours, we wanted to take a step back to ask what's driving these permissive parenting behaviours, and to see if sleep could be a contributing factor," the researcher said.

To examine maternal sleep duration and quality, 234 mothers were asked to wear actigraphs - a wristwatch-like device, think of a Fitbit - at bedtime for seven consecutive nights. The actigraph detects movement throughout the night and determines whether there is a disruption in sleep. Information about race or ethnicity and socioeconomic status of the mothers was also collected.

Adolescents, averaging 15 years of age, then completed questionnaires (subscales of the Parent Behavior Inventory) about how they perceived their mothers' parenting. They rated behaviour on a scale of "likely or not likely to." Example statements included, "Lets me off easy when I do something wrong," "Can't say no to anything I want," or "Doesn't check up to see whether I have done what she told me."Findings showed that mothers who had longer durations of sleep or who were able to fall asleep easily had adolescents who reported lower levels of permissive parenting.

"Studies have documented sleep disparities among ethnic minority and socioeconomically disadvantaged individuals, and our findings are consistent with that. For socioeconomic status, we may need to consider the day-to-day stressors or challenges that these mothers are facing," Tu explained."Mothers from lower socioeconomic households may be encountering additional stressors or financial hardships that could be affecting their sleep and/or parenting. But what's exciting is that we also find positive effects of high-quality sleep on parenting behaviours for ethnic minority and socioeconomically disadvantaged mothers," Tu added.

The results of the study point out the need for self-care and the importance of sleep."Sleep is an easier point to intervene in terms of changes individuals can make - things like not drinking caffeine or exercising too close to bedtime, establishing a bedtime routine, and thinking about the sleep environment," Tu said. According to the study, parents may be thinking about these things when it comes to their children, but it's just as important for parents to get enough sleep as it may impact their family interactions and children's well-being.