Quan’ta Evans’ Transformation From A Street Skater To An Entrepreneur : Reports

Quan’ta Evans grew up with a passion for creating meaningful art in so many different ways. He built a media and management business out of nothing and has become a very successful entrepreneur in the process. 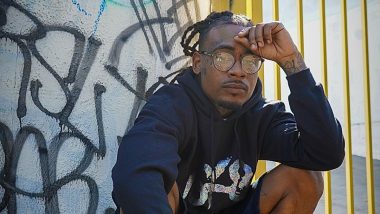 Quan’ta Evans is the Owner of iSk8ent, LLC, a media marketing and management company.

His inspiration to pursue and create his dreams was born when he, his brother Jodi, and a few other friends started street skating and making videos. When their hobby began to impact the community, they expanded into sports, art and music media, and soon realized that they could make something big. Since then, Quan’ta’s career has taken off as an entrepreneur, music artist, and manager, and he has fulfilled the legacy he always dreamt of.

Quan’ta was motivated to get into the industry because he knew he only had one life, and whatever he did, he wanted to love every second of it. Cherishing moments from when he was skating and making media at age 15, he decided to pursue a career in media management and music within just a couple years. Quan’ta was always motivated by his family growing up and wanted to make something big out of himself so he could give back and help them. He always knew that he was capable of becoming his own boss one day, and loved being able to lead and inspire others.

In 2017, Quan’ta’s career truly started. Backed by his unwillingness to give up and his unstoppable work ethic, he launched into the media industry with full force. He began to manage himself, as well as others in the music industry, and thrived off of his own creativity.

Putting on showcases around the country, concerts, events, and more, Quan’ta was full speed ahead with his newfound interest in music. Shortly after his management role started, he decided to launch a clothing company, iSk8, which is still booming to this day.

Quan’ta knew that starting his own business and becoming his own boss was something that would not come easy, but his mindset pushed him forward. Starting a business from scratch with no experience, network, or advice was his greatest challenge. Through countless rises and pitfalls, he focused on the end goal and approached every challenge as an opportunity. His mindset was everything throughout his career thus far, and making sure nothing is taken personal and that his head was in the game at all times, he persevered and prevailed.

Quan’ta was fearless and ignored anything that posed a potential threat. He knew that fear would only keep him from taking chances and making leaps in life, and in return, built a thriving business. Success can be measured in a multitude of ways, but for Quan’ta, success is everything to him. Believing that success can come in all different sizes and all ways, he uses each success as one more step up the ladder. Most, if not all, of what he does is in lue and in memory of his brother, Jodeci. On November 6th, 2020, Jodeci was shot and killed, and it was the worst thing to ever happen to Quan’ta. For someone who was virtually his twin and best friend, Jodeci is the fuel, motivation, and legacy within iSk8, and he will live on forever.

Quan’ta Evans grew up with a passion for creating meaningful art in so many different ways.  He built a media and management business out of nothing and has become a very successful entrepreneur in the process.

Moving forward, he is working on creating new music, new clothing, and more collaborations on all fronts of his business. Coming up, he is dropping a newiSk8 x Snotty Nose hoodie and shirt collaboration with Snotty Nose CEO, Chris King, and as cities begin to open, he will work to create more events. His new collaborations in music feature some of the UK’s best artists and producers, as well as a new single featuring Trippie Redd.