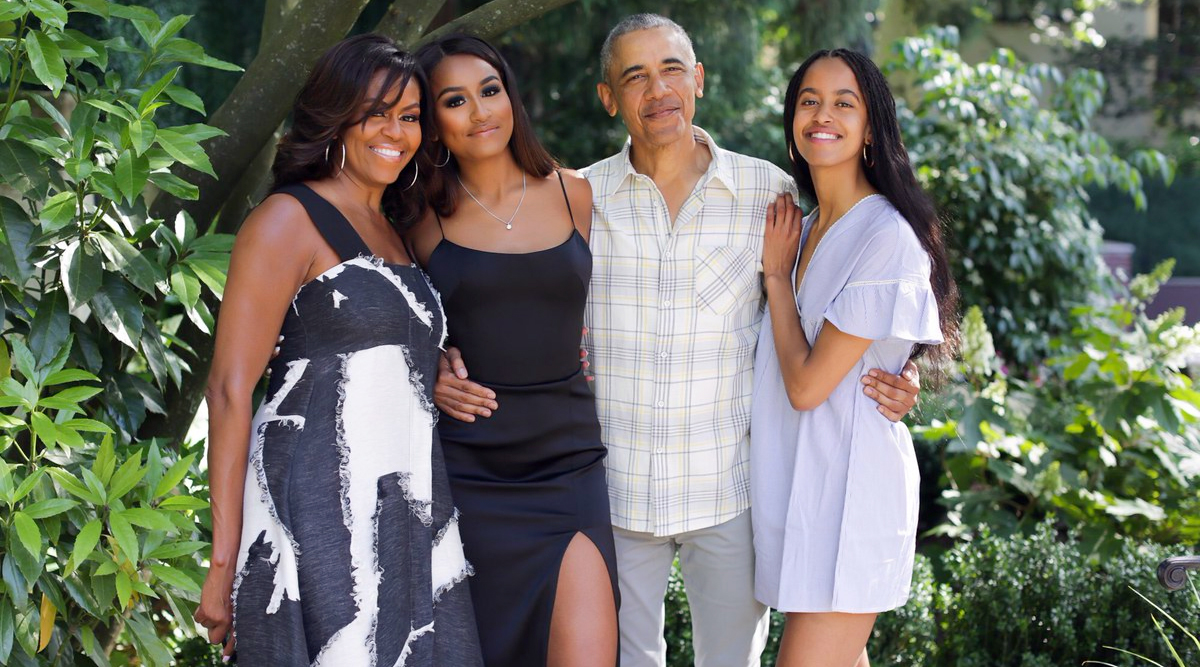 The Obamas are celebrating Thanksgiving in style! Former First Lady Michelle Obama took to social media sharing a family portrait celebrating the holiday season. The family of four including Michelle and Barack Obama smiles for the camera alongside daughters Sasha and Malia. The beautiful family portrait was taken near their home in Washington D.C. before Sasha went to her high school prom. Michelle Obama shared the photo with the caption, "From our family to yours, #HappyThanksgiving!" When Is Thanksgiving Day? History and Significance Associated With the Traditional Celebration in the United States.

Sasha looks flawless in a black dress posing with her family. She had attended prom with her high school classmate Chris Milton. The Obamas returned to their personal life after leaving the White House. While they live in Washington D.C. the family has kept out of politics. Occasionally, their holiday pictures surface on social media giving us a glimpse into their social life. As the recent tweet went viral, social media users tweeted requesting them to return to the limelight. People commented that they missed the Obamas and also wishes them a Happy Thanksgiving Day! Barack Obama Shares Throwback Picture With Michelle Obama on Her Birthday And The Two Are Giving Us Couple Goals! See Pic.

From our family to yours, #HappyThanksgiving! pic.twitter.com/PBDBaUo1Fy

21-year-old Malia and her 18-year-old younger sister, Sasha are both in college. Malia is her junior year at Harvard University. After returning to normal life, Michelle Obama wrote a book, Becoming on her experiences and memories. Meanwhile, Barack Obama started a foundation based in Chicago aimed at 'inspiring, empowering, and connecting people to change their world' by 'holding leadership training sessions in communities throughout the US' and 'bringing local leaders together in countries around the world.'