The Success Story of Anik Rayhan Apon, How He Became a Successful Musician, Gamer & Entrepreneur 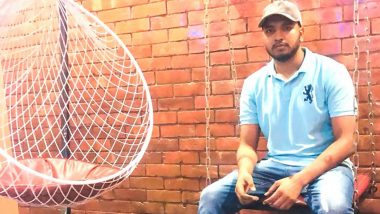 Anik Rayhan Apon started his career running as a Gamer. He is also The Founder and CEO of “Pick The Story” Agency. It is a fully traveling agency that helps people to find a place and to explore more places. He Was Born on 4th July 1995 in Bangladesh. He Passed His College Life in Government Titumir College. His family shifted to Dhaka and since then Anik was living in Dhaka. Fascinated towards gaming since childhood, Anik was less attracted towards academics. He was in good form in games & sports. He used to participate in various sports competitions during his school days. A good family life & family time Anik experienced until now.

He is Good at Music

He started his new YouTube channel called “Anik Rayhan Apon”. Now in this channel he is providing Gaming Clips, Music, Tutorials. YouTube officially verified his channel and he has an official artist channel on YouTube.

Anik Rayhan Apon also known as a successful Entrepreneur. Now he is officially verified on google, yahoo and bing as a Gamer, Entrepreneur and Musician. According to Anik Rayhan Apon, without hard work you can't get success. Just keep following your dreams.