The latest initiative will allow Disney park employees greater flexibility when it comes to their costumes, hairstyles and more. The park even allowed staff to show off their tattoos. Social media users are quite impressed with the move and were all in praises. 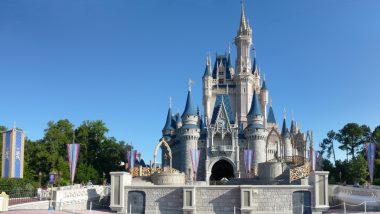 A whole new world at Disney Theme parks! After its decision to reopen from April 30, 2021, following stringent guidelines, the park has also updated its dress code. And it’s more inclusive! In a welcoming move, the Mouse House has adopted gender-fluid costumes and even allowed staff to show off their tattoos. Although there are a few conditions for the latter, its wider approach to adopting gender-neutral costumes for workers is making the headlines. Netizens have welcomed the move, praising Disney for its updated guidelines to make its guest experiences and work environment more inclusive.

Gender-fluid in fashion sees a rising trend around the world, with people encouraging more unisex pieces for an androgynous appearance. In a blog post entitled: “A Place Where Everyone is Welcome,” chairman of Disney Parks, Josh D’Amaro noted, “We want our guests to see their own backgrounds and traditions reflected in the stories, experiences and products they encounter in their interactions with Disney.” The post added, “And we want our cast members — and future cast members — to feel a sense of belonging at work.”

In order to create magic for everyone, we must include everyone. Our Chairman shares an update on how we’re building a Disney where all are welcome and everyone belongs: https://t.co/r5rNKUWE25 pic.twitter.com/n8VseLfadu

The latest initiative will allow employees greater flexibility when it comes to their costumes, hairstyles and more. The blog post revealed that Disney took employee reviews and suggestions into account by adding a fifth pillar to its “four keys” (safety, courtesy, efficiency and show). The guidelines also no longer specify the lengths of men’s hair and have lifted a prior ban on men wearing nail polish. The latest addition to the dress code is a part of Disney’s fifth key—inclusion, which was added last fall. Social media users are quite impressed with the move and were all in praises.

It looks like hairstyles, makeup, jewelry, nail polish and more are no longer gender specific!! #DisneyLook

Netizens Are All In Praises!

As a Hospitality professional, Disney updating the “Look” is seriously huge. This will penetrate and impact the entire industry positively. If this industry wants to promote a culture of “The best service comes by bringing your true & authentic self to work” it starts here.

The Guidelines Are A Great Step

I’m so excited for all the cast members who can now be more comfortable at work - whether that’s wearing the costume you’re most comfortable it, not having to wear sleeves to cover up tattoos, or just doing your hair how you want. The new disney look guidelines are a great step

Along with the updated dress code, some guidelines still prevail. For instance, Disney has held onto its rule requiring natural hair colour, with bright colours such as blue, pink and green, officially banned. Tattoos can be displayed unless they are on the face, head, neck, or larger than a hand. Again, inks that include offensive language, symbols or nudity are a no!

(The above story first appeared on LatestLY on Apr 15, 2021 02:56 PM IST. For more news and updates on politics, world, sports, entertainment and lifestyle, log on to our website latestly.com).