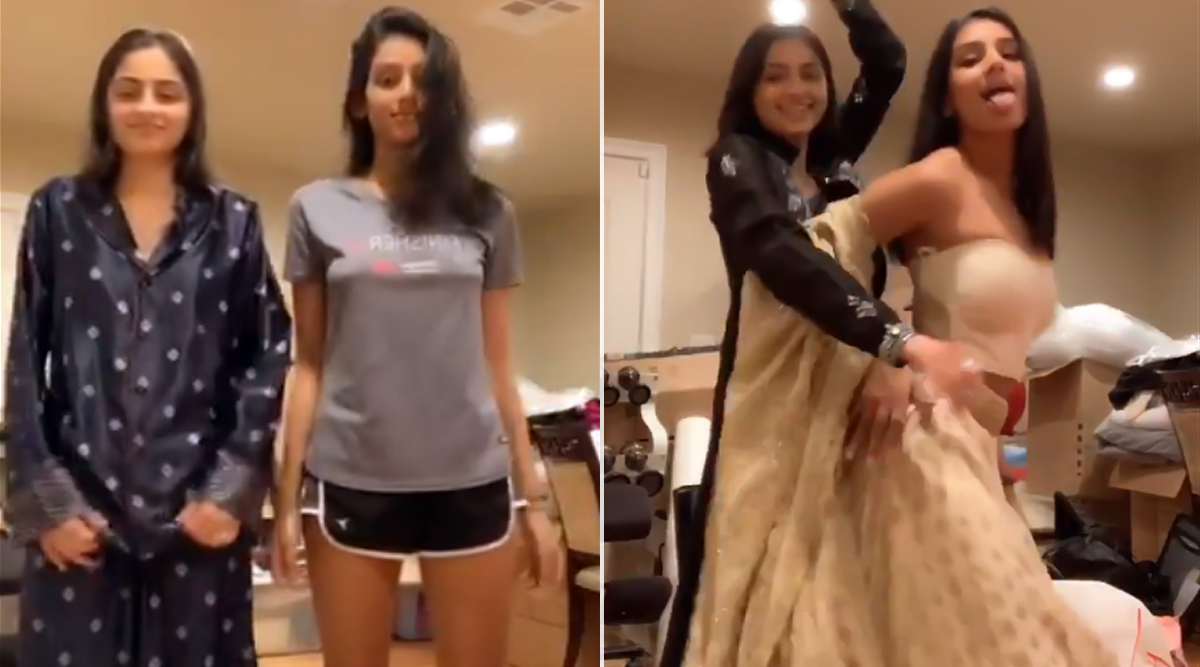 Anjali Chakra and Sundas Malik, netizens favourite lesbian couple is going viral again, not for a good reason though! The India-Pakistan couple who often put adorable pictures and videos of themselves on social media, filmed a clip and posted on TikTok. But the video-sharing app pulled down their clip saying that it violated the “community guidelines.” Anjali posted the same video on Twitter a few days ago after she was made aware that TikTok had taken down her video. She blasted them, and so did their social media followers. After facing significant backlash by the Hindu-Muslim couple and netizens, Anjali in a recent tweet revealed that their TikTok video is reinstated. Same Sex India-Pakistan Couple Anjali Chakra and Sundas Malik Wins Hearts on Social Media, Photo Shoot of the Hindu-Muslim Lovers Goes Viral.

While sharing the video on Twitter, Anjali wrote, “TikTok deleted this for 'violating community guidelines' so the rumors about homophobia are true.” She added, “@tiktok_us you wanna explain why this got taken down?” In the now viral clip, both Anjali and her partner Sundas can be seen dancing, first in their pyjamas and then wearing traditional clothes.

TikTok deleted this for “violating community guidelines” so the rumors about homophobia are true https://t.co/cjI5zHNAHx

@tiktok_us you wanna explain why this got taken down?

Like their photoshoot, this video too went insanely viral. And netizens were quick to support them and criticise TikTok. They instead urged the pair to keep posting and making such content as they look lovely together.

You’re already on VERY thin ice as it is, you may wish to consider removing this nail from your coffin before it buries you. pic.twitter.com/QbuHFjC4Mr

They are jealous that you have a pretty wife and not them.

Followed by criticism, Anjali on December 6 tweeted that TikTok has reinstated their video. And she suspects that the video-sharing app did so because of the fear of bad press.

TikTok has reinstated the video, I suspect for fear of bad press when @IndianIdle reached out to them about this (shared w/ permission) pic.twitter.com/SI5rwq8qLc

TikTok has been recently coming under controversies, especially after a beauty influencer in her video tutorial talked about how Muslims were being treated in China. Her clip was removed temporarily. Following major criticisms, the video-sharing app admitted in reports that it suppressed videos by disabled, queer and creators who used the #fat. They removed such videos which the video-sharing app assumed to be “vulnerable to cyberbullying.”