As Australian Bushfires Continue to Rage, Here Are a Few Heartwarming Stories That Will Move You (Pics & Videos) 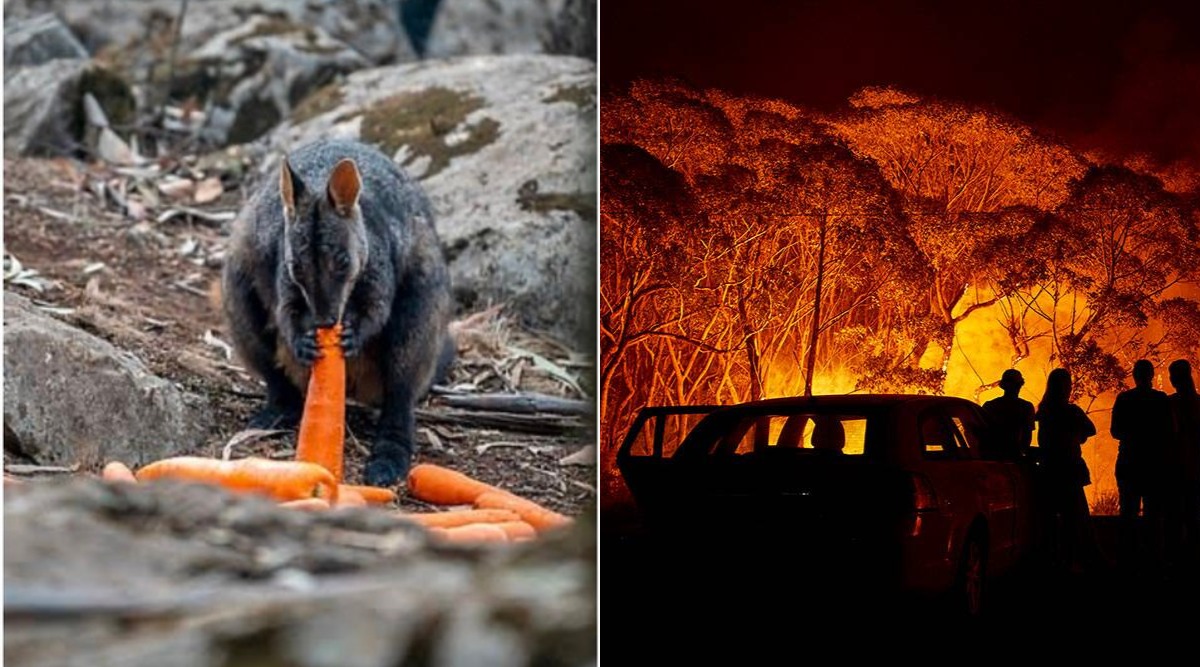 Australian bushfires have killed people, destroyed homes and moreover taken away a part of our ecosystem. As the fires raged, thousands of people rallied across the country calling out the conservative government to tackle global warming the climate change. Pictures and videos of humans and animals trying to save themselves from the deadly fire have gone viral on social media platforms. Amidst the crisis, various humanitarian efforts are taking place giving relief to the affected. From raising funds to providing food, various efforts are being taken for the same. As the crisis continues, we list down incidents in which people extended support and care.

In 2019, Australia experienced its driest and hottest year on record. The highest average maximum temperature of 41.9 degrees Celsius was recorded in mid-December. Due to its heavy use of coal-fired power and the small population of 25 million, the country is one of the world's worst per capita greenhouse gas polluters. Meanwhile, here are some heartwarming stories from the time of crisis.

Carrots and sweet potatoes airdropped for animals as Australia devastated by bush-fires. Thank you for the Humanity. 👍 #AustralianBushfires #AustraliaOnFire pic.twitter.com/tVLQUpwry0

As bushfires destroyed Australia, the staff of the NSW National Parks and Wildlife Service dropped carrots and sweet potatoes from helicopters to feed the animals affected in the fire, as a part of Operation Rock Wallaby. Matt Kean, NSW Minister for Energy and Environment, shared a picture of people dropping kilograms of vegetables from the helicopter for the animals. Matt Kean said in the caption, "Operation Rock Wallaby #NPWS staff today dropped thousands of kgs of food (Mostly sweet potato and carrots) for our Brush-tailed Rock-wallaby colonies across NSW." Australia Bushfire Crisis: Authorities Airdrop Carrots and Sweet Potatoes for Animals Stranded in Wildfires, See Pics and Videos.

Thank you to the @atptour players for their positive impact ❤️

A $725,000 donation was made to @WWF_Australia and Nature Recovery Fund as part of the bushfire relief efforts. pic.twitter.com/ORfRDydzQM

On Sunday, following the final of the inaugural ATP Cup the ATP, Tennis tournament has announced an AU$ 725,000 donation from ATP players towards the WWF's Australian Wildlife and Nature Recovery Fund. The donation was revealed on the court by Novak Djokovic and Rafael Nadal during the ATP Cup final trophy ceremony in Sydney’s Ken Rosewall Arena. It marked the latest fundraising initiative in which tennis came together through a sport-wide Aces for Bushfire Relief campaign launched at the start of the ATP Cup.  Here’s How You Can Donate and Help Those Affected by Destructive Australian Wildfires.

Tonight, we are illuminating the Sydney Opera House sails to show our support for everyone affected by the Australian bushfires. We want to send a message of hope and strength, and importantly to thank the emergency services and volunteers for their incredible efforts and courage pic.twitter.com/QGrRbRlDMh

The Sydney Opera House honoured Australian firefighters working towards dousing the fire with a beautiful tribute. On Saturday evening, the performing arts centre was lit up with images of firefighters battling bushfires across the country. One of the images had heart shapes and read 'THANK YOU FIRIES'.

The Opera House took to Twitter saying, "We want to send a message of hope and strength, and importantly to thank the emergency services and volunteers for their incredible efforts and courage."

Celebrities and commoners have equally come out in support of the cause by providing financial support and other needs. They are also trying to raise funds for the wild. In a bid to raise money for the victims of Australia's devastating bushfires, the country's former cricket legends Shane Warne and Ricky Ponting will participate in a star-studded charity game next month.