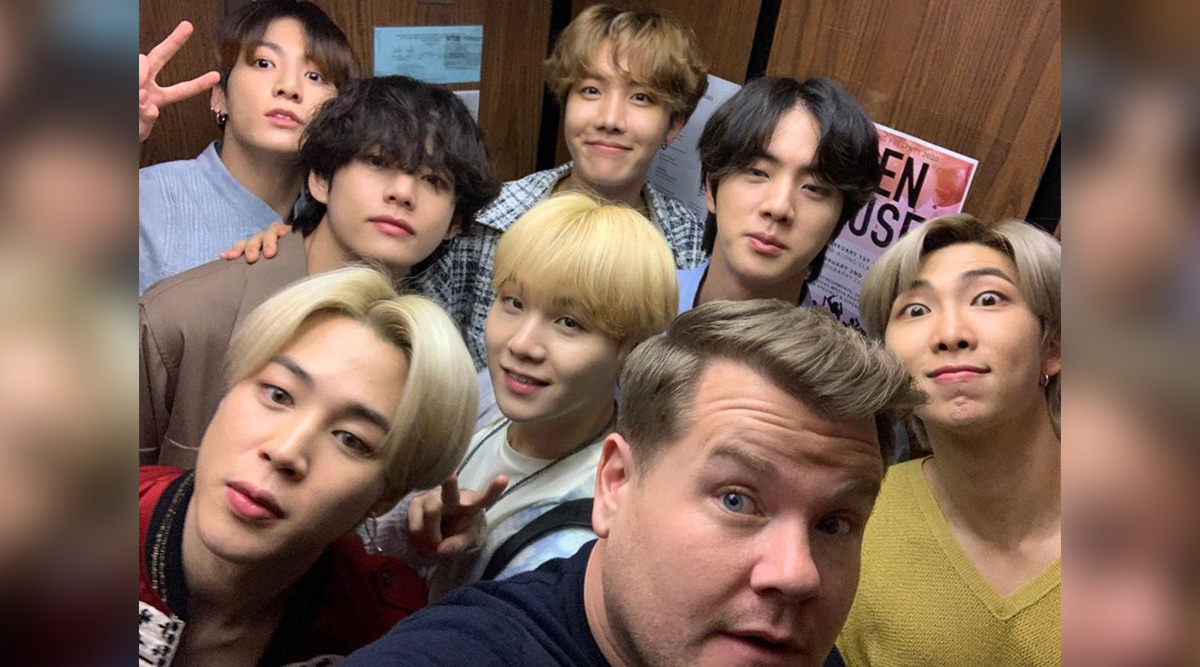 BTS army is going gaga over Twitter with #BTSxCorden, #BlackSwan and #BTSLive trending on Twitter as the K-pop group performs on James Corden's Late Late Show. While BTS has its fan thrilled with a new album Map of the Soul: 7 on the way in about a month, fans couldn't keep calm as BTS pulled up an epic performance on the Late Late Show. The show had announced a special late-night performance, a few days ago. The K-pop biggies performed their latest single, "Black Swan", live for the very first time on The Late Late Show and fans have taken over Twitter ever since. Why not! Not only they performed for the first time they gave a breath-taking performance. Winter Flower Song Lyrics: K-Pop Singer Younha's New Song with BTS' RM Is Going Viral (Watch Video).

The TV program had tweeted a few days ago "Thrilled to announce @BTS_twt returns to the #LateLateShow on January 28 to perform 'Black Swan'!". The performance had a mysterious start, very similar to the original song. It starts at a setting that gives you a foresty vibe. However, BTS fans, as usual, took over social media praising the team. People's Choice Awards 2019 Royally Snubs BTS And The ARMY is Not Happy! View Tweets.

can't wait! it's in 25 mins on CBS! the people who went to the pre recording said it was legendary! BTS also played hide and seek with Ashton Kutcher #BTSXCorden @bts_twt #BTS

BEST GROUP OF THE ENTIRE WORLD * 💜

#BlackSwanLive has over thousands of tweets under the hashtag. While Twitter is all about BTS' new performance.  Before this, the last time BTS owned the Corden stage was back in 2017 and 2018.