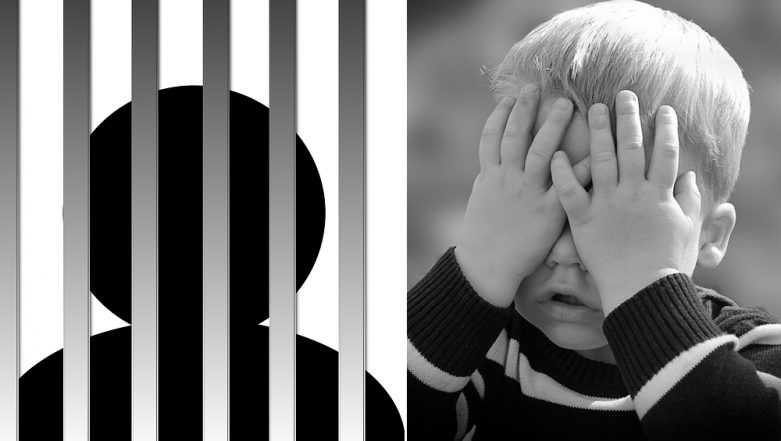 Police from southwestern China apologised for circulating a photo of a criminal when he was just a child. The pictures of 'Wanted' criminals were released on Tuesday by officers in Zhenxiong county, Yunnan province. While the photos said they were criminals, it had no mention that it was their childhood pictures. The photos went viral on social media causing a stir online. One of the pictures were of a boy of primary school age.

The police notice read, "Ji Qinghai, male, ethnicity Han … is wanted by the police for involvement in a public nuisance case." According to South China Morning Post , available public records searchable online using the ID number in the poster suggests that Ji is 17 years old. As the incident resulted in social media outrage, Zhenxiong county police on their official Weibo account said that they had used childhood photos of some suspects because recent photos were not available. Father Lets Son Sit on Tyre Attached As Trolley to Car As He Drives in China; Booked for Violation of Traffic Laws (Watch Video)

Here is the 'Wanted' poster that was released by Chinese Police:

A Zhenxiong police officer identified only as Liu told the Chongqing Morning Post that a recent photo of Ji was blurry, hence they used a clearer one from his childhood. They are among 100 suspects wanted in relation to crimes including gambling, organising a prostitution ring and a suspected murder. Liu was quoted as saying, "His features won't have changed. Look at his features clearly, his nose, eyes, ears, mouth and eyebrows. These won't have changed. We welcome any tips.

Later, Zhenxiong police apologised for the incident on their Weibo channel on Tuesday evening. The post read, "The use of old children's photos (now removed) has drawn the attention of netizens and created a negative influence," the post read. "We sincerely apologise for the carelessness in our work."