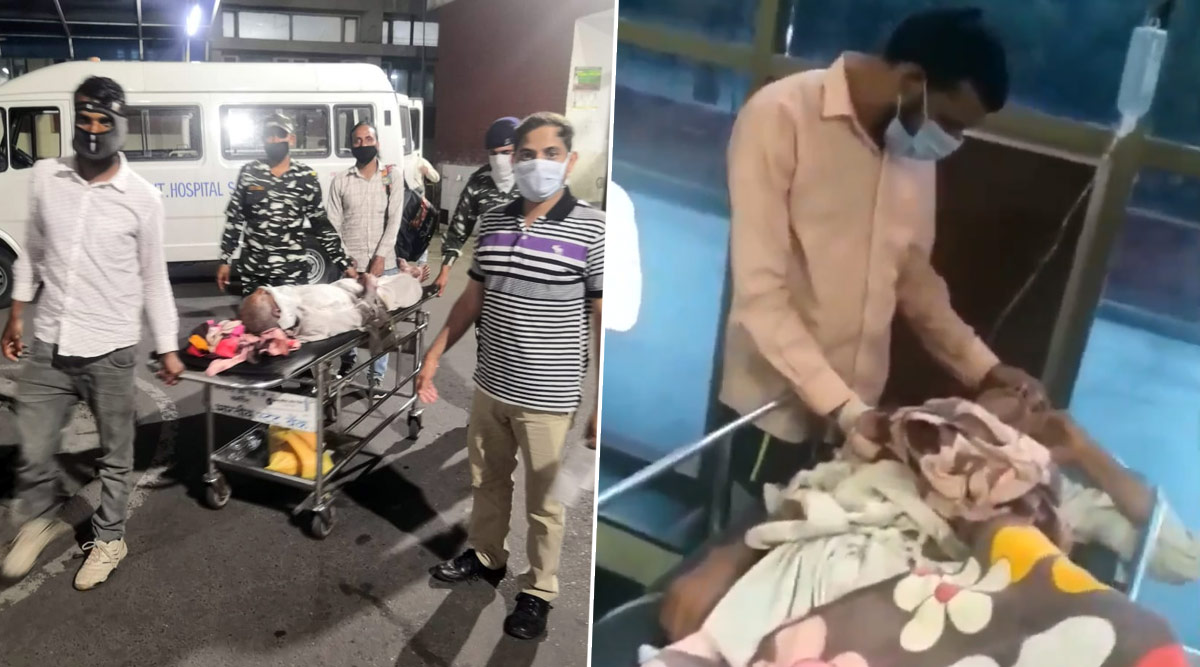 Chandigarh, April 7:  The Central Reserve Police Force (CRPF) united a Kashmir youth with his father during the coronavirus lockdown. The Kashmir youth named Mohammad Arif worked as a security guard and a driver in Mumbai. According to reports, Arif’s 60-year-old father suffered from a severe brain stroke and collapsed on April 1. Coronavirus Lockdown: Address Grievances of Migrant Labourers As Per Supreme Court Directions, Centre Tells States.

After receiving the information about his father’s illness, Arif decided to ride a bicycle for 2,100 km from Mumbai to reach his hometown in Kashmir’s Rajouri. He packed some eatables, including biscuits for the journey. Upon reading news reports about the health condition of Arif’s father, the CRPF Madadgaar helpline swung into action. On April 5, the 60-year-old man was airlifted to a government hospital in Jammu.

@crpfindia Units across 5 states working in coordination with @CRPFmadadgaar @JKZONECRPF to help Arif who started a 2100 km bicycle journey from Mumbai to Rajouri J&K to see his father who suffered a massive stroke on 1/4/20.

The CRPF Madadgaar also helped Arif during his journey. The force arranged food and other essentials for the Kashmir youth on Sunday. The CRPF traced Arif on April 5, who by that time had reached Vadodara. The CRPF arranged a drop for him. According to a report published in India Today, Arif was given lift on a truck by the CRPF from Vadodara and later the local force units in Jodhpur (Rajasthan), and Ludhiana (Punjab) assisted the Kashmiri youth on the route.

On Monday, Arif father was shifted to the PGI Hospital in Chandigarh. On Tuesday morning, Arif, who travelled across five states, met his father. “I can never thank the CRPF enough. I can never repay what they did for me,” reported the media house quoting Arif as saying. The CRPF Madadgaar helpline also posted a video of Arif meeting his father. CRPF Madadgaar Helpline Handles Over 34,000 Calls, Facilitates Contact of Kashmiris Residing Outside Valley With Their Families Since Abrogation of Article 370.

Arif reached PGI Chandigarh after 4 days of traveling through 5 states with help of @crpfindia to finally meet his father. His father will undergo surgery with assistance from @JKZONECRPF.#LetsFightCoronaTogether

CRPF's Madadgaar was launched in 2017, with the aim of assisting Kashmiris all over the country. Along with twitter handle, the helpline has a toll free number - 14411. The helpline renders assistance in case of natural calamities, a threat to public safety and during a disruption of civic amenities.