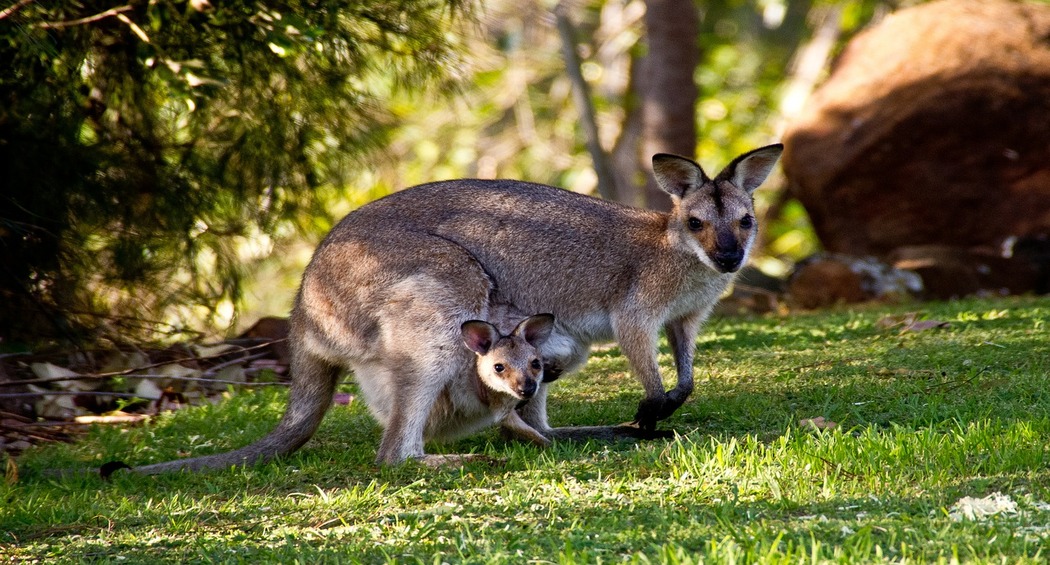 Sydney, December 24: A video clip of a kangaroo cooling himself in a pool went viral on Twitter, with many posting funny comments.

An Australian news channel posted the 17-second clip and wrote: "A beautiful kangaroo has been spotted cooling off in a backyard pool in the New South Wales Hunter region." It credited Sharon Grady for the clip. 20 Kangaroos Mowed Down by Australian Teenager in an Hour-Long Killing Spree.

It got 93.9K views, 1K retweets and 3.7K likes. One amused user posted: "Will someone please give it a stubby and a pair of sunglasses! Poor thing!!"

Another user posted: "Oh, that's gorgeous... hope he cools down from the #fires."

A Kangaroo gets out of the heat and chills out in a NSW pool. #straya pic.twitter.com/vKZH1aBRWc

One user remarked: "A survivor... probably not for long."One post read: "Who's the boss?"

One funny remark read: "Gorgeous. He has no top on, so looking a little embarrassed."

"Get him a pina colada. He's earned it," read one tweet.