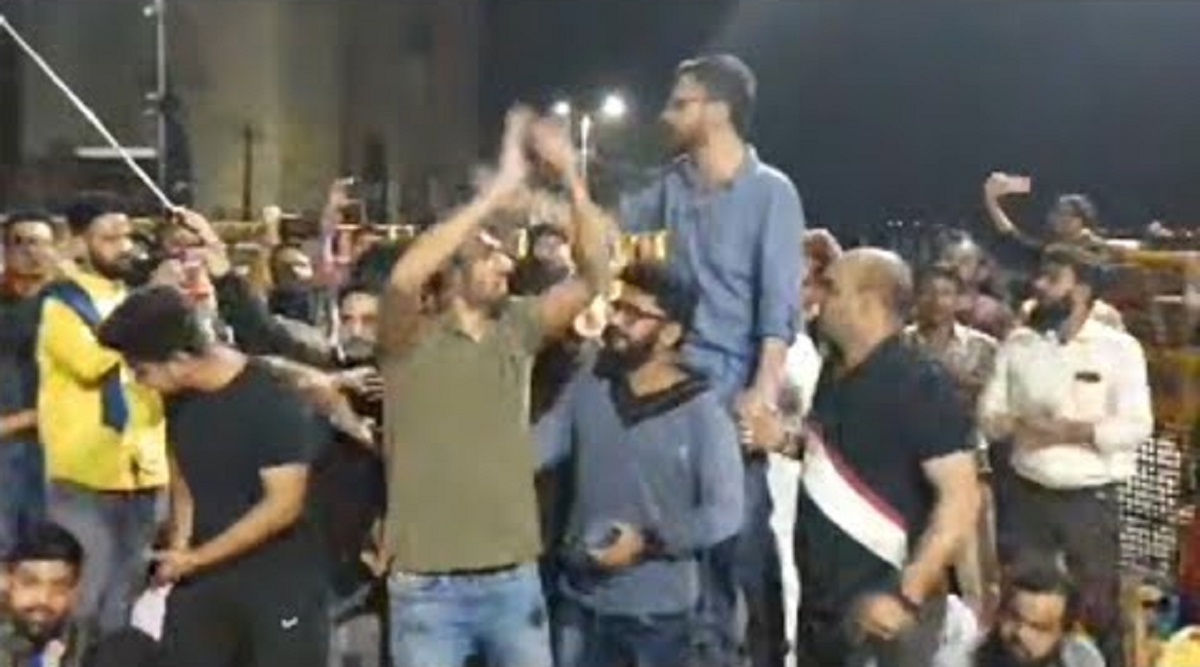 New Delhi, January 6: A video went viral in the wee hours of Monday, showing former Jawaharlal Nehru University (JNU) students' union leader Umar Khalid allegedly raising anti-Hindu slogans. In the purported clip, Khalid is heard asking the gathering of protesters to chant "Azadi" after his slogans. While the volume of the clip on Twitter is not clear, the uploaders have alleged that he was calling for "Hinduo se Azaadi".

The video was originally shot at the Gateway of India in Mumbai, where students and activists affiliated to several Left-affiliated bodies had gathered to mark their angst against the attack on students by a masked mob at the JNU campus. JNU Violence: ABVP Supporters From Delhi University Reach JNU to Show Solidarity.

A fact-check has revealed that the video, uploaded by critics on Twitter and Facebook, is not in its original form and is apparently intended to stoke communal passions. As per the original video of the protest, as uploaded in its entirety by Galli News, Khalid could not be seen raising any slogans against Hindus or Hinduism.

The sloganeering by Khalid, in the original video as shared below, begins at  52:42 minutes onward. The ex-JNUSU leader raised the slogans against the BJP and its ideological parent - the RSS, along with casteism and other forms of oppression.

Muslim and Leftists students in Mumbai again Raised Slogans "Hinduo se Aazadi" but this time not in Jamia or JNU , they raised Hinduo se Aazadi Slogans at Gateway of India Mumbai. Will @MumbaiPolice @OfficeofUT take action or support this goons Silently ? pic.twitter.com/7Cq9ci8tE5

Bagga, who is the spokesperson of BJP's Delhi unit, accused Khalid of raising anti-Hindu slogans. "Muslim and Leftists students in Mumbai again Raised Slogans "Hinduo se Aazadi" but this time not in Jamia or JNU , they raised Hinduo se Aazadi Slogans at Gateway of India Mumbai," he said, while also tagging Mumbai Police and Chief Minister Uddhav Thackeray, seeking action against the sloganeers.

No, the video uploaded making rounds on social media is maliciously edited.