While one of the victims is in the coma, two others suffered serious kidney damage. 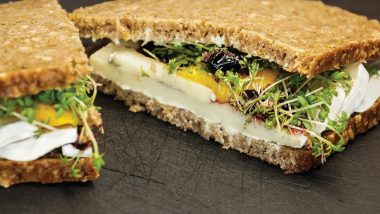 A German man has been sentenced to life imprisonment for poisoning his co-worker's food. The culprit identified as Klaus O was caught on CCTV putting some suspicious powder in his colleague's sandwich at a business in the city of Schloss Holte-Stukenbrock. While one of the victims is in the coma, two others suffered serious kidney damage.

When officials searched the 57-year-old man's, they found an old chemistry laboratory in the basement and a substance which Judge Georg Zimmermann described as "more dangerous than all combat agents used in World War Two". The victims, a 27-year-old man and a 67-year-old man, suffered chronic kidney damage due to lead and cadmium poisoning. They both have high chances of being contracted with cancer. Company Fires Woman For Bringing Laxative Infused Brownies For Colleague's Farewell.

While a 23-year-old trainee after eating the mercury-laden sandwich slipped into a coma and now has permanent brain damage. The man was arrested after a CCTV footage showed him showering something onto their food. He was pronounced guilty on Thursday on attempted murder. Do Your Co-Workers Hate You? 10 Signs That Prove Your Colleagues Secretly Hate You.

A German news agency quoted the judge as saying that the court counted these crimes to be as serious as homicide. Zimmermann said that Klaus should be in prison after completing the life sentence. As life prison in Germany typically means serving 15 years, they are generally kept in jail for more duration as they pose a threat to the public. The defendant's lawyers plan to appeal. Klaus's motive remains unclear as he refused to speak during the trial. Meanwhile, prosecutors believe that he wanted to see his colleagues' physical downfall.

(The above story first appeared on LatestLY on Mar 08, 2019 11:26 AM IST. For more news and updates on politics, world, sports, entertainment and lifestyle, log on to our website latestly.com).