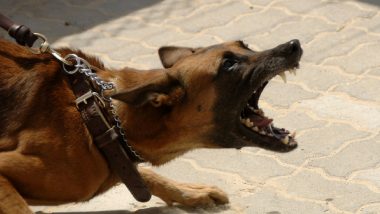 In a horrific incident, 52-year-old Burgess-Dismuke died after reportedly "eaten alive" by her dog. Nancy Cherryl Burgess-Dismuke was last seen wrestling with her dogs outside her home in South Carolina. It was her neighbours who when noticed things turning ugly. In no time, what looked like a fun play between Burgess-Dismuke and her dog turned into what looked like the dogs "eating her alive." As per reports by Greenville News two of the dogs, boxer-mixers became "aggressive" with Burgess-Dismuke and began to bite off her arms. Russian Woman Eaten Alive by Pigs As She Suffers Epileptic Seizure And Collapses in Her Farm.

The incident took place in Greenville when on Thursday Burgess-Dismuke, died of her injuries in Greenville, due to the dogs becoming aggressive on her. The mishap happened close to the North Carolina border wherein the neighbours of the woman helped pull the dogs away from her and call paramedics. She was wounded and as a first aid the paramedics applied tourniquets to her wounds and rushed her to a nearby hospital further reports from Greenville News suggest. Further reports had it that One of the neighbours trying to help the grabbed a blunt axe and another one picked up a nearby car part. They began to strike at the dogs to give Burgess-Dismuke a chance to escape. Amber Greer, who called 911, told the Greenville News that, "It went from looking like they were really playing to them really eating her alive."

In a statement from Lt. Ryan Flood, a spokesman for the Greenville County Sheriff’s Office said, "they discovered a neighbour was able to get the lady to safety and away from the dogs and observed an adult female suffering from severe injuries." She was found with "severe bite wounds" on both arms and was "alert" and "talking" with paramedics. However, she soon suffered from a cardiac arrest. Senior Deputy Coroner Kent Dill told The Washington Post.

(The above story first appeared on LatestLY on Feb 25, 2019 11:23 AM IST. For more news and updates on politics, world, sports, entertainment and lifestyle, log on to our website latestly.com).