Kerala Couple Kochaniyan Menon and Lakshmi Ammal in Their 60s Fell in Love and Got Married at an Old Age Home; Heart-Melting Pictures Take over Twitter 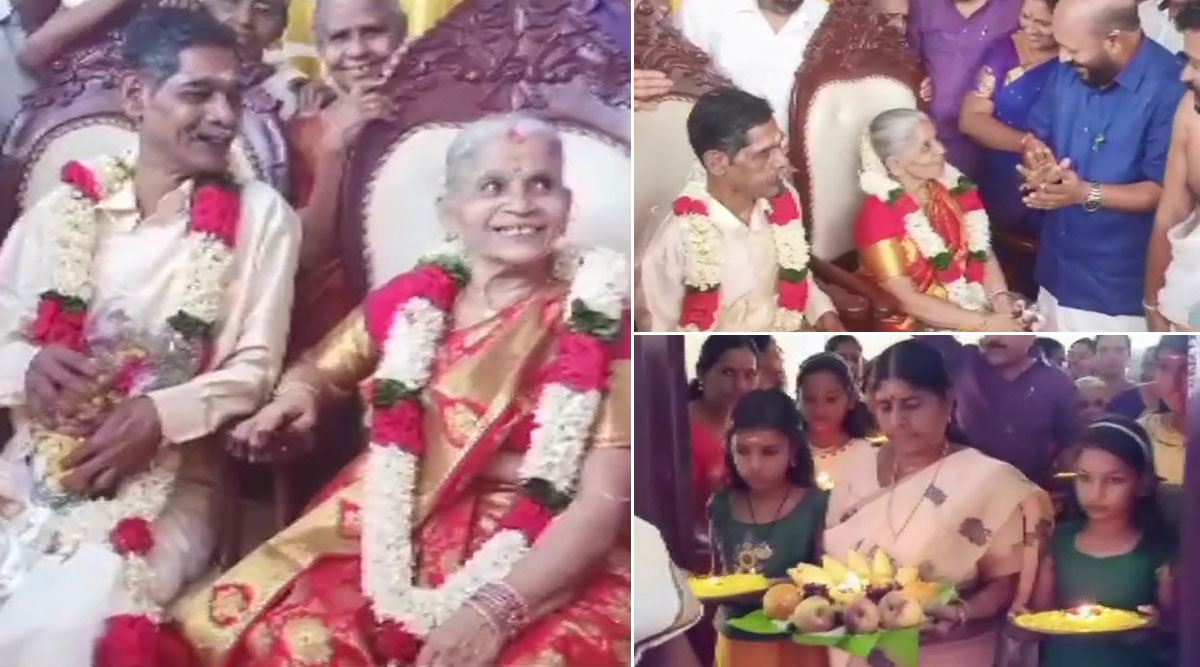 In a wonderful piece of news coming in from Kerala, a 67-year-old man, Kochaniyan Menon got married to a 65-year-old Lakshmi Ammal and the internet is blessed with the pictures. They tied the knot yesterday at a government-run old-age home in Ramavarmapuram in Thrissur district. The Kerala agriculture minister VS Sunil Kumar attended the wedding function and even played the important role of offered Lakshmi Ammal’s hand to Kochaniyan.

The story of the couples dates back to 30 years ago when they fell in love with each other at an old age home. After being in love for so long they decided to get married. In the pictures, you can see the couple look gorgeous and flashing a million-dollar smile. Lakshmi Ammal wore a red silk saree with golden zari work. She wore minimal jewellery in gold and adorned her hair with jasmine flowers. Kochaniyan can be seen in traditional off-white mundu and shirt.

News Agency, ANI confirmed the news in a tweet. Check out:

The couple has been receiving lots of love on Twitter. And they remind us of the Udaipur couple got married in their 70s and 80s after being in a live-in relationship for over 48 years. After living together for nearly five decades, the duo decided to get married. 80-year-old Devadas Kalasua married his 76-year-old live-in partner Magdu Bai in the presence of his children, grandchildren, and great-grandchildren. The grand wedding was held Pargiyapada village of Madri panchayat in Jhadol Phalasiya block of Udaipur.