Netflix Reminds Fans That It Has 'Feelings Too' As IPL 2020 Steals Its Thunder! Check out the Witty Post and Even Wittier Reactions 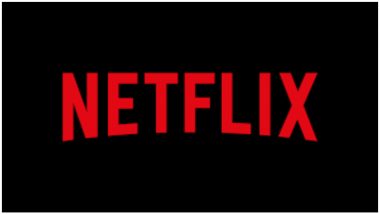 Netflix, especially during these testing times, has been a small world of entertainment to go through the day. Our relationship with Netflix is special. However, in the IPL season, there are chances that people might break up with it to watch matches they have been waiting so long for because obviously people in India are extremely passionate about cricket, they follow it like a religion! Amid all this Netflix chose to remind fans to not forget it because they have feelings too. Winning hearts on Twitter, Netflix posted on Twitter: "Remember to check on us between IPL games because we have feelings too."

IPL 2020 is being held with no fans allowed into the cricket stadiums because of the coronavirus pandemic! But cricket fans in India have made sure to not leave the cricketers feel left out. Fans will have very little time left to actually check out Netflix. However, the BCCI has decided to set up four fan walls across the three stadiums that will create a vibrant atmosphere for the players. It will have thunderous applause after boundaries, and the ‘roar’ of the crowd too.

Remember to check on us between IPL games because we have feelings too.#IPL2020 #MIvCSK

Initially, IPL was postponed because of the pandemic but the Board of Control for Cricket in India (BCCI) in its all-important Governing Council meeting of the Indian Premier League (IPL) decided to hold the 13th edition of the league from September 19 to November 10. They will include 10 doubleheaders and the evening matches will start at 7:30 p.m. IST. Well, looks like the prime time has been stolen from Netflix. But nevertheless, IPL is temporary, Netflix is permanent.

(The above story first appeared on LatestLY on Sep 20, 2020 01:50 PM IST. For more news and updates on politics, world, sports, entertainment and lifestyle, log on to our website latestly.com).

Comments
Tags:
Board of Control for Cricket in India (BCCI) Indian Premier League (IPL) IPL 2020 Netflix Netflix India
Comments
You might also like