New York Woman's Uber Shows Helicopter as The Cheapest Option to Reach JFK Airport and Netizens Want Her to Take The Ride! 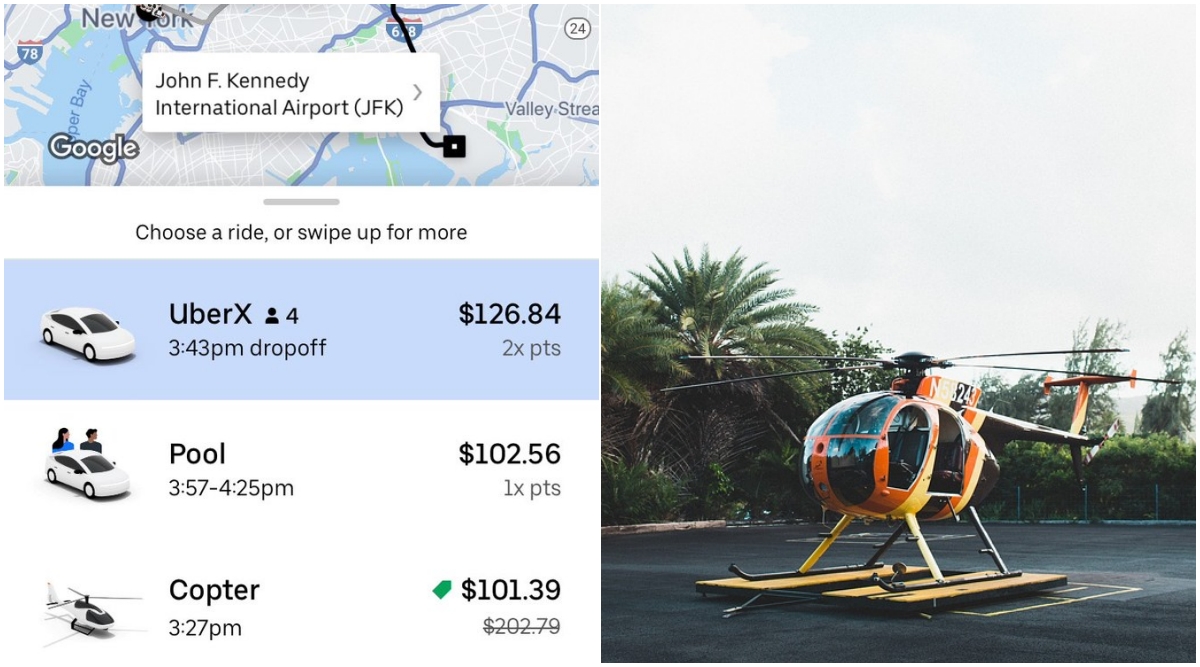 Traffic has been a major problem, no matter whatever city you are in these days. And it is an added pain when the prices of cabs add on the surge during peak hours. A New York City resident has got the best answer on her Uber to reach her destination, the John F Kennedy Airport. Her Uber app showed helicopter as the cheapest ride, compared to other car options! When she shared the screenshot on her Twitter, netizens were all up to ask her to take that ride! 200 People for 177 Cars? Old Tweet on Cities Without Vehicles Goes Viral Again on #FridaysForFuture.

Twitter user Nicole Johnson wanted to reach the JFK airport from her house and when she checked the Uber app, she got three options -- UberX, Uber Pool and Copter. Surprisingly at $101.39 it was the cheapest option among the other two. An UberX charged her $126.84, while the Pool option was $102.56. At one dollar less, was the copter ride. Haha! She posted the screenshot of this amusing rates on her Twitter account and it is now going viral. More people have commented, asking her to take the copter ride. Mumbai Police Tweets Video of Turkey Halting Traffic While Crossing in New Hampshire Road to Give an Important Message.

WHY THE FUCK IS THE UBER HELICOPTER THE CHEAPEST OPTION pic.twitter.com/sfemdDsoC0

Take it! Take it!

So a lot of people wanted her to take the ride but she mentioned that she'd a big bag with her and copter would only take a carry on. Plus, a hundred dollars is quite expensive and she mentioned that she took a train to finally reach her destination. Some people were curious to know, how is the pick up in this case, since there can't be helipads everywhere. Well, taking a copter ride to the airport from NYC is an option nevertheless. So if you are really getting late and have money then take a copter before you take a flight!