While everyone lauded the Indian team hailing the historic win, many took digs at Australian players. And UK man named Tim Payne was at the wrong end of this bargain. Sharing his name with the Australian captain, he became a target of several hate messages and trolling. 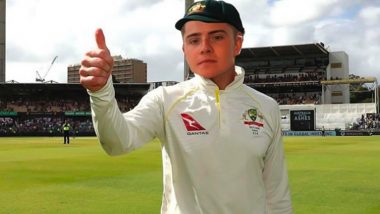 Australian Cricket Team may be experiencing a lot of pain over their loss in the Border-Gavaskar Test Series against India. But a UK man is getting a taste of it just as much. While everyone lauded the Indian team hailing the historic win, many took digs at Australian players. And UK man named Tim Payne was at the wrong end of this bargain. Sharing his name with the Australian captain Tim Paine, he became a target of several hate messages and trolling. But Payne eventually took it in spirit and reacted to it with in a funniest way. From political leaders, celebrities, sportsmen to commoners, everyone celebrated India's win on social media last evening. Similar thing happened to another man by the same name on Twitter. Newcastle Falcons player Tim Payne was also getting all troll messages, until he decided to tag the real Australian player and bring it to people's notice.

Australian skipper Tim Paine had got in loggerheads with Indian spinner Ravi Ashwin. Although, Paine apologised for his aggression, he was already on the radar for Indian fans since then. Tensions were high in the final match but India beat Australia by three wickets against all odds at The Gabba to take the series 2-1. And with that, Australian team became a target of severe meme treatment and trolling. But while  trolling the Australian cricket team online, some Indians went on to message a wrong Tim Payne, one with 'y' in his spelling! A UK-based man sharing the same name as Australian skipper got more than 600 hate messages and nasty comments on his Instagram profile. He shared on his stories about how he was getting targeted with all the hate coming his way, despite having nothing to do with the game.

Check Tim Payne's Stories on Being Trolled by Indian Fans: 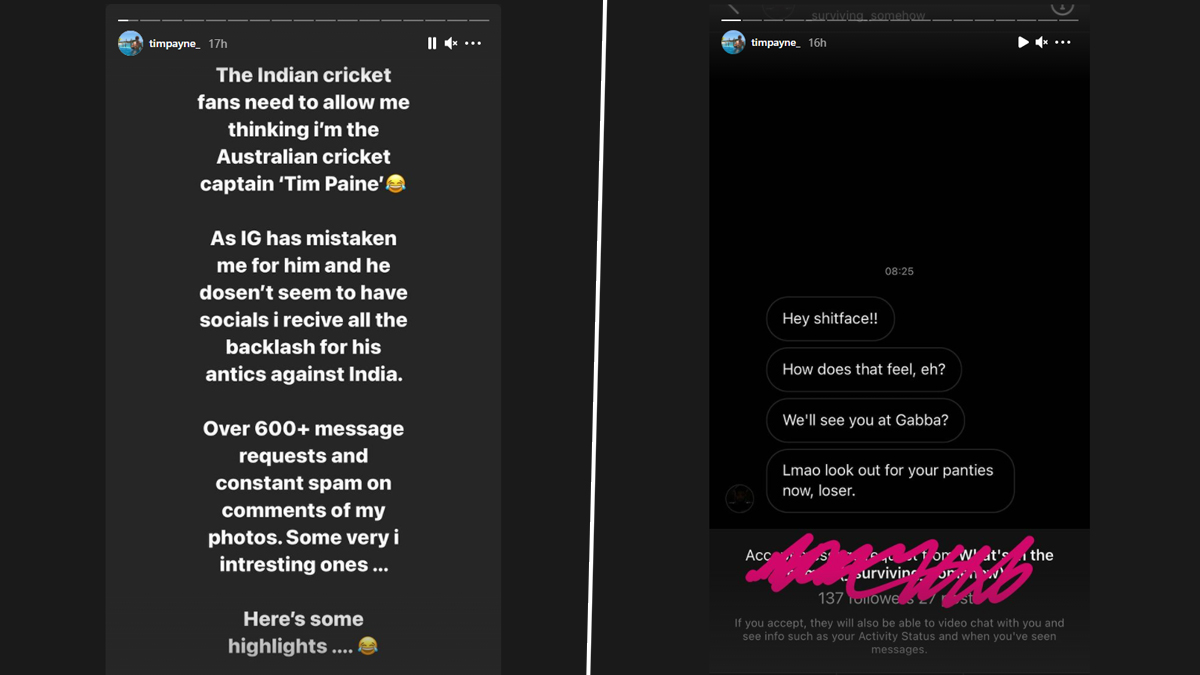 But looks like, he eventually took it in spirits and shared a photoshopped picture of himself, over real Tim Paine's picture and captioned it, "Plot Twist". Google Celebrates Team India’s Historic Series Win Over Australia, 'India National Cricket Team' Search Leads Users to Virtual Tri-Colour Fireworks.

Twitter user Tim Payne (@timpayne_1) also tweeted and tagged the real Tim Paine asking for some help as users continued to troll him. He even responded to some critics.

Hi @tdpaine36, can you help me out here. I’m doing my best. Hope you’re well.

Eventually, people were also left laughing on his picture, dropping in hilarious responses. One of the users commented, "Very payneful." Good pun there. The Indian team faced through various hardships, even faced racism during the match, but emerged victorious through it all. And nothing unites Indians like a good game of cricket, even it meant making fun of a wrong person altogether.

(The above story first appeared on LatestLY on Jan 20, 2021 11:31 AM IST. For more news and updates on politics, world, sports, entertainment and lifestyle, log on to our website latestly.com).