The Kaisar Hotel opened its doors for tourists stranded in Kashmir in the wake of tensions. 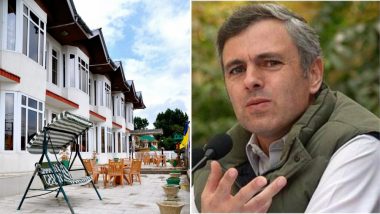 As tensions escalated between India and Pakistan, the environment in Srinagar became grim for tourists. Shortly after an IAF jet crashed in Budgam district, Jammu and Leh airports were closed for civilian air traffic on Wednesday. In the meanwhile, The Kaisar Hotel opened its doors for tourists stranded in Kashmir in the wake of tensions. Their gesture even earned praises from former Jammu and Kashmir Chief Minister Omar Abdullah.

Thanking Mushtaq Ahmad Chaya, chairman of Jammu and Kashmir Hoteliers' Club, and his colleagues, the politician tweeted saying, "Well done to Mushtaq Chaya Sb & his colleagues for reinforcing what hospitality is all about & why Kashmir is such a hospitable place." Mushtaq Ahmad had earlier told PTI that stuck due to the problems are welcome to their hotel. Ahmad said his hotel, located at Jawahar Nagar has 30 rooms. He was quoted as saying, "We are offering free accommodation and food for all those tourists who have got stranded in Kashmir due to the prevailing situation." Meerut Bridegroom Stops Baraat And Dismounts Horse to Salute Martyr Sepoy Ajay Kumar's Funeral Procession (See Pic)

Chairman of the hotel explains the reason for taking the decision:

Well done to Mushtaq Chaya Sb & his colleagues for reinforcing what hospitality is all about & why Kashmir is such a hospitable place. https://t.co/zR4wCJI84Y

He also said, "Everyone is welcome and they can stay with us till the situation improves so that they can go home." The number of tourists stuck in Kashmir due to the closure of the airport and the highway due to the current situation is not known. Operations at the Srinagar airport was later resumed. The Srinagar-Jammu national highway was also closed in the past few days due to landslides. India-Pakistan Tensions: Indian Weapons Systems on High Alert and Mechanized Forces on Standby, Says Army.

40 Central Reserve Police Force (CRPF) soldiers were killed in a terrorist attack by Jaish-e-Mohammed (JeM)  in Jammu and Kashmir's Pulwama district on February 14. Following which Indian Air Force struck terrorist camp in Pakistan. A day after when Pakistan violated the Indian airspace, India retaliated during which the country lost a jet and Wing Commander Abhinandan Varthaman, who was captured by Pakistani Army. However, Pakistan Prime Minister Imran Khan who appealed for peace from India on Wednesday said that the pilot would be released on Friday.

(The above story first appeared on LatestLY on Feb 28, 2019 09:26 PM IST. For more news and updates on politics, world, sports, entertainment and lifestyle, log on to our website latestly.com).