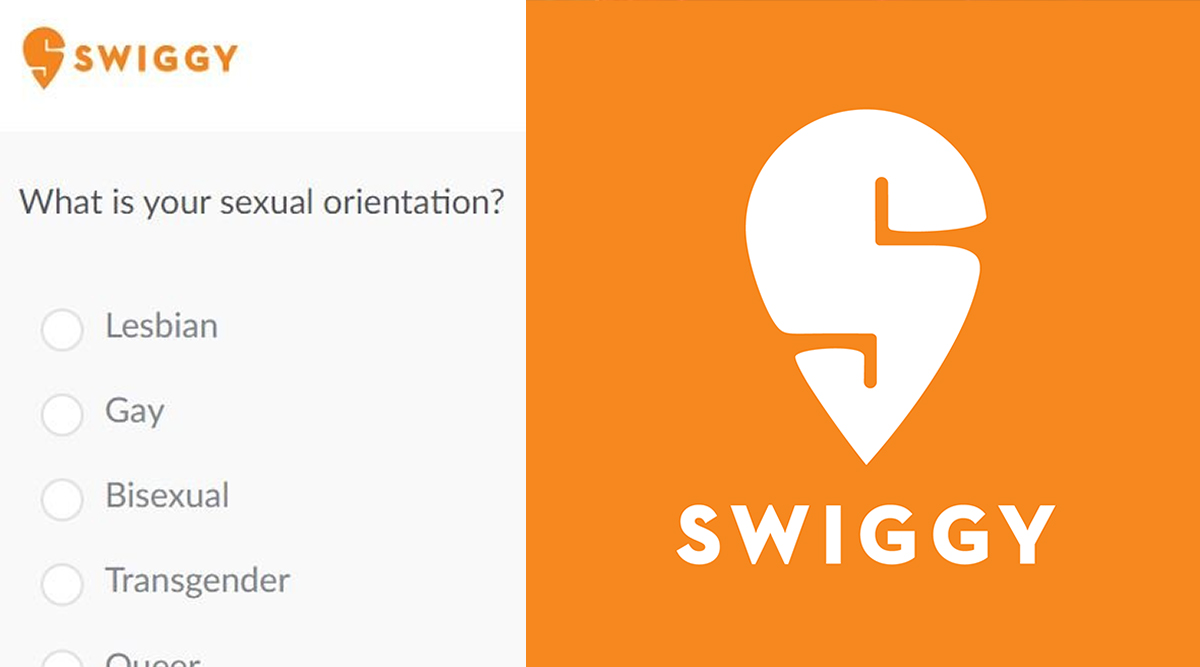 A tweet by a man called Manish who goes by the handle name @ActsOf_Folly asked Swiggy India, an important question about their interview questionnaire containing the sexual orientation and privacy of their potential employees. The man asked if it was okay for them, a potential employer to ask for a person who may become their employee, their sexual orientation as a part of their interview. The man also shared a screengrab of an MC question asked by Swiggy about the sexual orientation which included all the spectrum of the LGBTQ+ community. Right from lesbian, gay, bisexual, transgender, pansexual to questioning, etc. The man also asked about the privacy of the people answering the question and why was the question required, in the first place. However, Swiggy replied to the man by saying that the food delivery giant is "striving to build a diverse and inclusive culture where representation matters." The company also said that "this question from our application form is entirely optional and more importantly anonymous." Swiggy Stores' New Ad Shows a Pretty Relatable Scene in Every Woman's Life Viz-A-Viz Her Bra And Internet Is Giving Them A Thumbs Up (Watch Video).

Swiggy came out clean and presented that neither is this question a compulsory one nor the privacy of the person answering the question violated during interviews. In fact, the company is trying to be more inclusive and recognising their potential employees' sexuality.

Hi Manish, Swiggy is striving to build a diverse and inclusive culture where representation matters. This question from our application form is entirely optional and more importantly anonymous. It helps us track (cont) https://t.co/sClgPmh4JP pic.twitter.com/nCW8NqdOtH

Well, in a world where individuals of LGBTQ+ are receiving more and more recognition, Swiggy's step can be considered nothing but progress. Do you think more companies should put this question on their interview questionnaire?