Chhello Show follows the life of a nine-year-old Samay from Saurashtra, who is obsessed with Indian cinema. It also highlights cinemas' massive transition from celluloid to digital.

The makers of Gujarati film Chhello Show aka Last Film Show received immense love after the film was announced as India's official entry for Oscars 2023. The Pan Nalin directorial has been selected in the Best International Feature category. Now, Bollywood actor Ayushmann Khurrana has wished the team of Chhello Show 'all the very best'. Have a look. RRR at Oscars 2023: Don't Look Up Director Adam McKay Wants SS Rajamouli's Film to Be Nominated for Best Film, After Chhello Show is Chosen as India's Official Entry for Academy Awards. 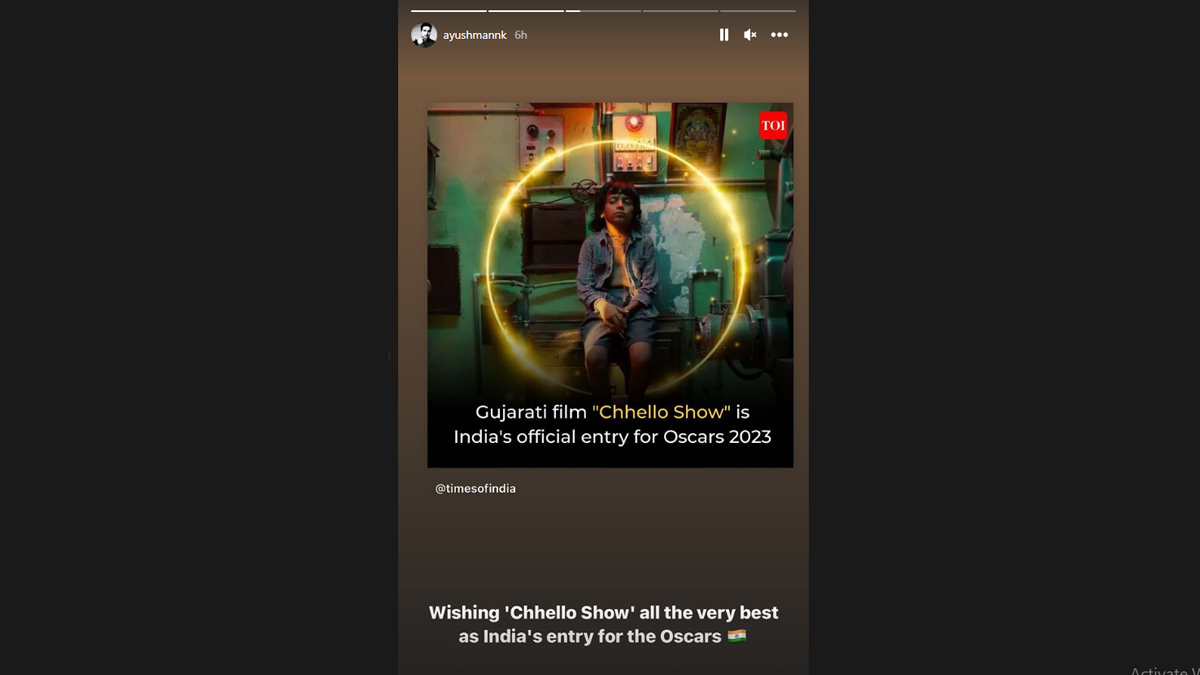