Film Exhibitors United Organisation of Kerala (FEUOK) warned Fahadh Faasil against acting in movies on OTT platforms, as per reports. Fahadh's big budget flick Malik is all set for theatrical release on May 13.

There have been some reports circulating that Film Exhibitors United Organisation of Kerala (FEUOK) has warned Fahadh Faasil against acting in movies on OTT platforms. In the last few months, two films of Fahadh has been released digitally, like CU Soon, Irul and Joji. Fahadh's big budget flick Malik is all set for theatrical release on May 13. However, these movies were made purely for OTT, and wasn't planned for theatrical releases.

Check Out the Tweet Below That Got Deleted Later: 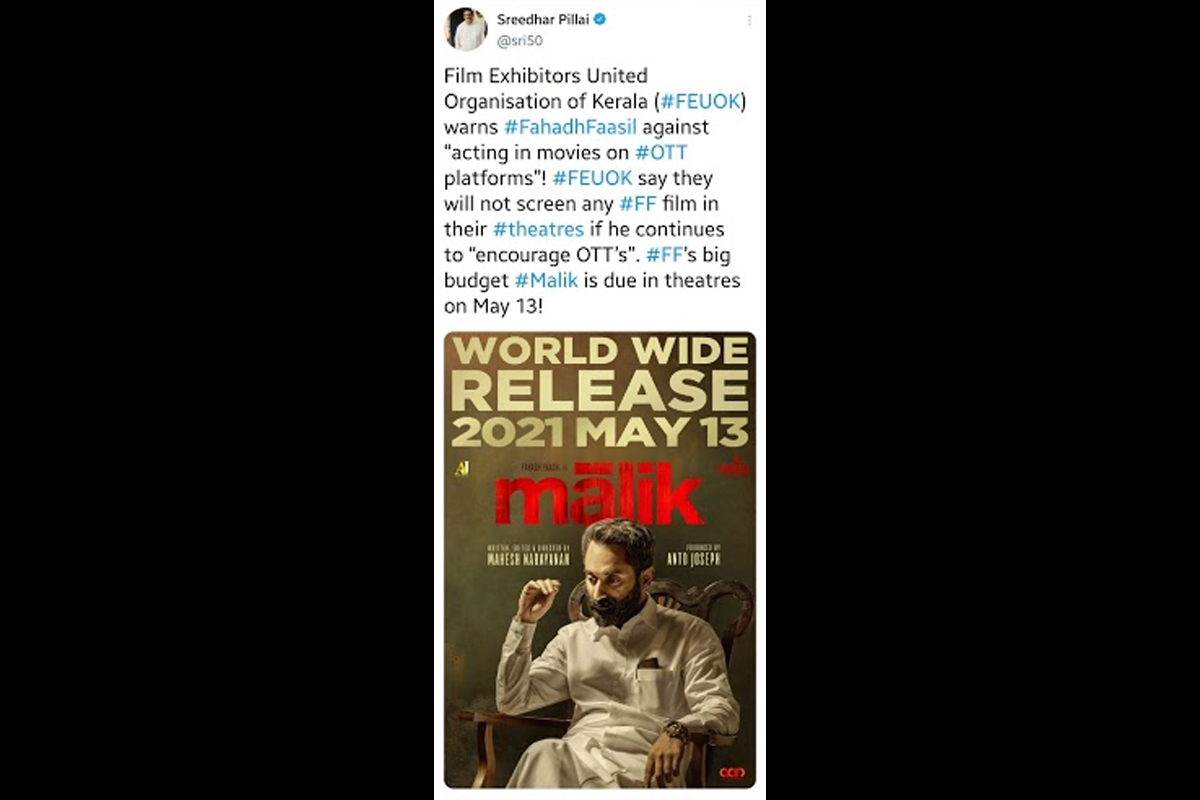 However, FEUOK denies these claims, saying they spoke to Fahadh and reached an understanding that Fahadh's future films will release straight in theatres. Fahadh's next is Malik which is produced by Anto Joseph and directed by Mahesh Narayanan. Fahadh will also star in Pushpa.