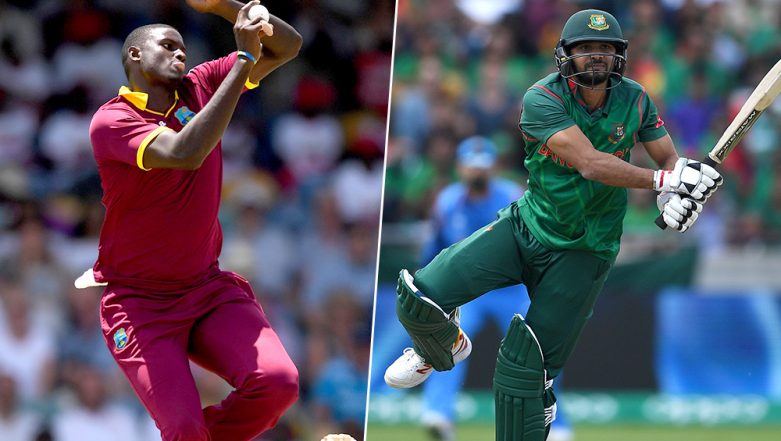 Bangladesh (BAN) will play West Indies (WI) in the final of Ireland Tri-Nation ODI Series 2019 which will take place today (May 17, 2019) at The Village Stadium, Dublin. Bangladesh has won all the matches in this tournament till now where their one game against Ireland was abandoned due to rain. BAN met WI twice in this tournament, where the Bangla side won both the game. West Indies, on the other hand, won two matches against Ireland by a great margin, which enabled them to make way for the final. Meanwhile, fans who play fantasy cricket like Dream 11 will be keen to follow this match. Below we have listed the BAN vs WI fantasy cricket tips. Bangladesh vs West Indies Live Cricket Score Final ODI Match.

Mushfiqur Rahim from Bangladesh can be a great choice as a batsman rather than wicket-keeper, it will be wise to choose Shai Hope for this spot. As Shai Hope is in good form and was also awarded the Man of the Match in BAN vs WI Match No 2 of this series where he scored 109 from 132 balls. He also played a fine knock of 170 runs against Ireland in the opening game of this tournament. Bangladesh vs West Indies Dream11 Team: Best Picks for All-Rounders, Batsmen, Bowlers & Wicket-Keepers for BAN vs WI Final ODI Match 2019.

Both teams have a good set of a batsman, therefore it will be smart to select two each from both the side. Tamim Iqbal and Soumya Sarkar have shown some good class, therefore without a doubt, they should be picked. The other two batsmen should be Sunil Ambris and Darren Bravo where the former is in great touch and scored a ton against Ireland in this series. Live Cricket Streaming of Bangladesh vs West Indies, Ireland Tri-Series 2019: Check Live Cricket Score, Watch Free Telecast of BAN vs WI Final ODI on Gazi TV Online.

Shakib Al Hasan sustained a side strain in the previous game against Windies, therefore make sure you don't choose him for an all-rounder, as he will be rested for the upcoming game keeping Cricket World Cup 2019 in mind. WI skipper Jason Holder can be a good choice to fill this spot and he can also be made the vice-captain. Mohammad Saifuddin from Bangladesh should be fitted with Holder in the Dream 11 side.

Mustafizur Rahman and Mashrafe Mortaza can be a good choice to fill the spot for bowlers along with West Indies pacers Kemar Roach and Shannon Gabriel. The fast bowlers can generate pace and bounce on a good Dublin pitch. Mortaza can be chosen as the captain.

Squads to pick from Dream 11 Team