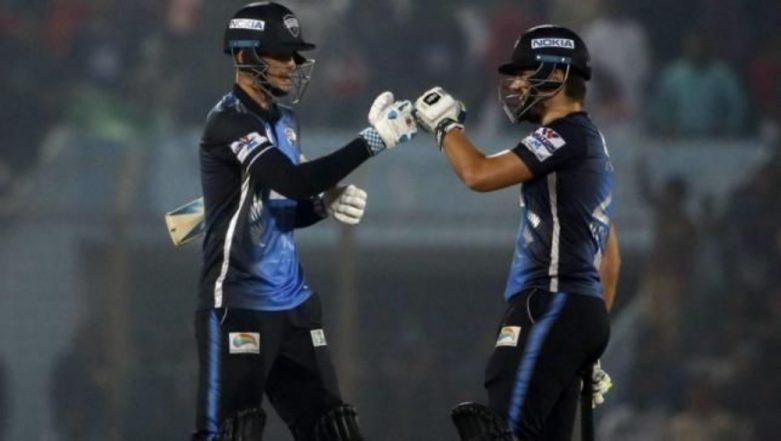 The second match of the day is between Rangpur Riders and Rajshahi Kings at the BPL 2019. The match will be held at the Zahur Ahmed Chowdhury Stadium, Chattogram. Talking about the first match of the day, Comilla Victorians won the match by seven runs Chittagong Vikings. It was quite a comprehensive victory for Comilla Victorians. Now, in the second match of the Bangladesh Premier League, we have Rangpur Riders locking horns with Rajshahi Kings. BPL 2019 Schedule in PDF: Download Bangladesh Premier League 6 Full Timetable With Fixtures, Matches, Team and Venue Details.

As per the current BPL 2019 points table, the Rangpur Riders are placed on number two with 12 points whereas, Rajshahi Kings occupy the number five spot of the table with 10 points in their kitty. So far in the Bangladesh Premier League 2019, the Rangpur Riders have played 10 matches and have won six games. They lost the remaining four. The Rajshahi Kings too have played 10 games and lost six and won four.  Now, let’s check out the live streaming details of the match.

The 36th match of Bangladesh Premier League (BPL) Season 6, will be played between Rangpur Riders and Rajshahi Kings on January 29, i.e. Tuesday. The game will be played at Zahur Ahmed Chowdhury Stadium in Chattogram. The contest will begin from 6:00 PM (IST), and the toss is scheduled to take place 30 minutes before it.

The fans in India will be able to watch the live telecast of the T20 match between Rangpur Riders and Rajshahi Kings on the DSport channel. For the fans in Bangladesh, they will have to tune into Gazi TV or G TV channel to see the live match action on their TV.

For the fans in India, the live online streaming of the match between Sylhet Sixers and Khulna Titan will be available on Dsport channel of JioTV and Airtel TV mobile apps. The DSport channel is available on Yupp TV as well. The fans in Bangladesh can watch the match via online streaming too; for that, they will have to log on to Rabbithole (website, mobile application).