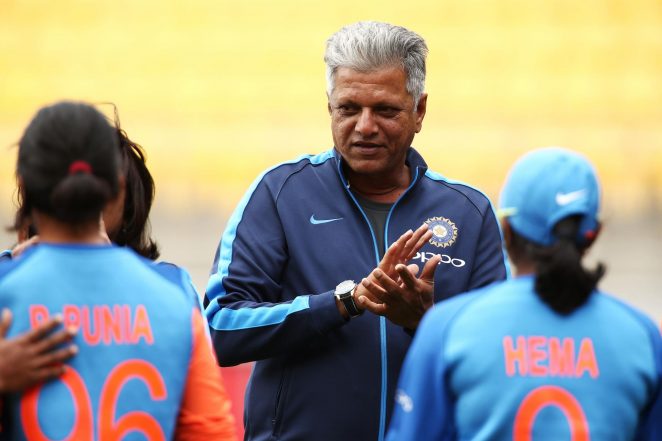 New Delhi, July 24: After much dilly-dallying, the Committee of Administrators (CoA), running the Indian cricket, has asked the BCCI ethics officer D K Jain to review the appointment of national women's team head coach W V Raman. In principle, the CoA had decided to review Raman's appointment in April but sent the matter to the former Supreme Court judge Jain only a couple of days ago. Jonty Rhodes Applies for Position of India's Fielding Coach.

Former India opener Raman was appointed in December last year in rather controversial circumstances by an ad-hoc panel comprising former cricketers Kapil Dev, Anshuman Gaekwad and Shantha Rangaswamy. The CoA was a two-member panel back then and its chairman Vinod Rai and Diana Edulji were strongly divided on the coach selection process. With the addition of Lt General Ravi Thodge, it has now become a three-member committee.  Chandika Hathurusinghe, Sri Lanka Head Coach, Asked to Step Down After CWC 2019 Disaster.

Edulji had called the entire coach selection process a sham and "unconstitutional", saying it was the Cricket Advisory Committee (CAC) -- comprising Sachin Tendulkar, VVS Laxman and Sourav Ganguly -- which was entrusted with the responsibility of picking the coach.

With the high-profile CAC as good as dysfunctional at the moment, there is a possibility that the ad-hoc panel comprising Dev, Gaekwad and Rangaswamy could also get pick the men's head coach, for which applications have been invited. As per the new constitution, only CAC is empowered to pick the head coach but the CoA is awaiting Supreme Court directions on the way ahead for Ganguly and Laxman, who has been asked by Jain to choose one out of the multiple cricketing roles they are performing at the moment.

"The situation could complicate if the ad-hoc panel picks the national coach again, just like it happened in Raman's case. The logical thing would be to wait for Supreme Court's direction in Ganguly and Laxman's case and then decide the way forward," said a BCCI official.

"Even if the ad-hoc panel goes ahead and picks the coach again, it could be a potential case of conflict of interest as both Kapil and Shantha are also involved with the formation of the Indian players' association," the official added.