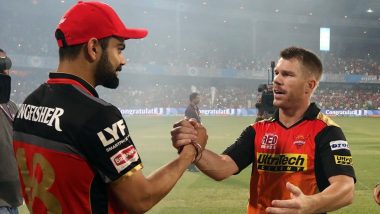 Cricket fans are counting days as Indian Premier League (IPL) 2020 is set to get underway on September 19 in UAE. Players of all the teams have also started preparing to make an impact in the marquee tournament. Recently, Sunrisers Hyderabad (SRH) captain David Warner took to his official Instagram page and asked his fans to predict the winner of IPL 2020. The comment section of the post got filled in a jiffy as fans presented their opinion. In fact, the left-handed batsman also replied to the comments of many fans. While doing so, however, Warner also took a dig at Royal Challengers Bangalore (RCB) after a fan backed the Virat Kohli-led team to lift the title. Virat Kohli, RCB Captain, Flaunts His New Cricket Gear Ahead of IPL 2020.

“Who’s winning this years @iplt20 @sunrisershyd Thoughts,” wrote Warner while sharing a picture of IPL trophy. The Aussie star guided SRH to the title in 2016 and will not mind doing that once again. Also, he is the only batsman in the history of the tournament to win the orange cap, which is awarded to the highest-run scorer of the tournament, three times. Well, he’s certainly excited to feature in the upcoming tournament as ahead of it, the southpaw did an interesting survey. Have a look. Virat Kohli’s Latest Instagram Post Is Nothing but Motivational.

Warner thanked the fans who backed SRH to lift the trophy while he also responded to the comments of other franchises’ fans. He called KKR ‘a tough team to beat’ while also gave his opinion on Mumbai Indians and Chennai Super Kings’ chances. However, when a fan backed Virat Kohli-led RCB to lift the cup, the dashing batsman took a sly dig at the franchise by commenting: “Really?” 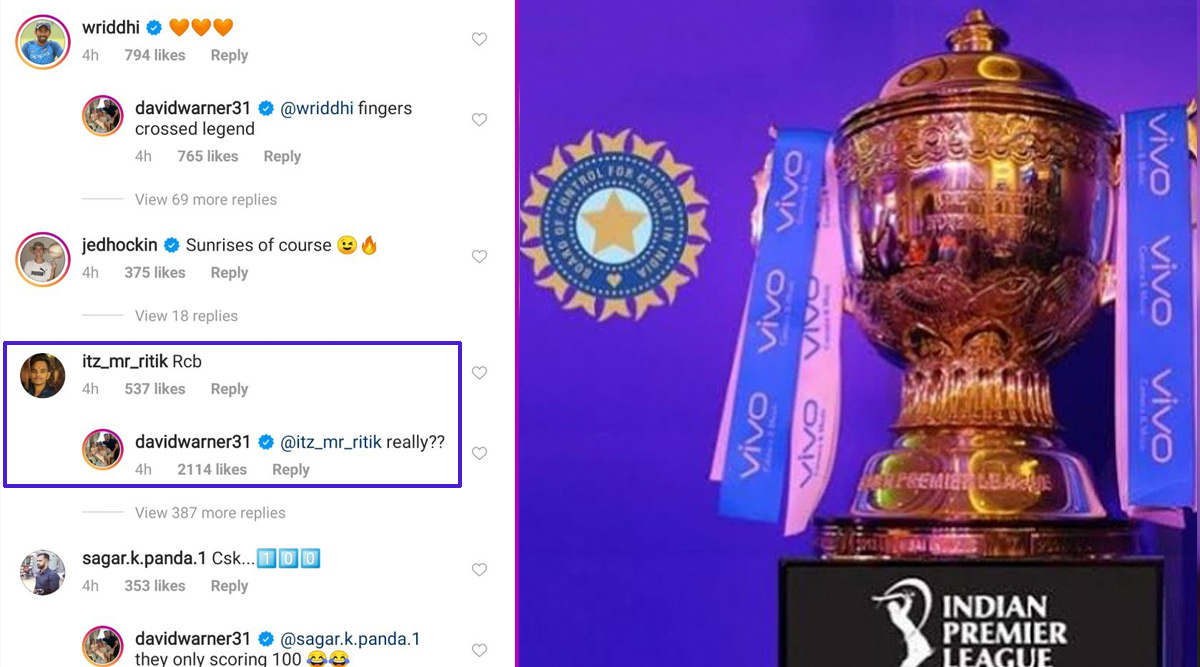 Despite being a star-studded team, RCB haven’t been able to lift the title even once in 12 years. They have also faced a lot of trolling and criticism due to their failures. However, many cricket experts like Brad Hogg and Aakash Chopra have backed the Bangalore-based team to cause a turnaround this time.

(The above story first appeared on LatestLY on Aug 01, 2020 09:52 PM IST. For more news and updates on politics, world, sports, entertainment and lifestyle, log on to our website latestly.com).