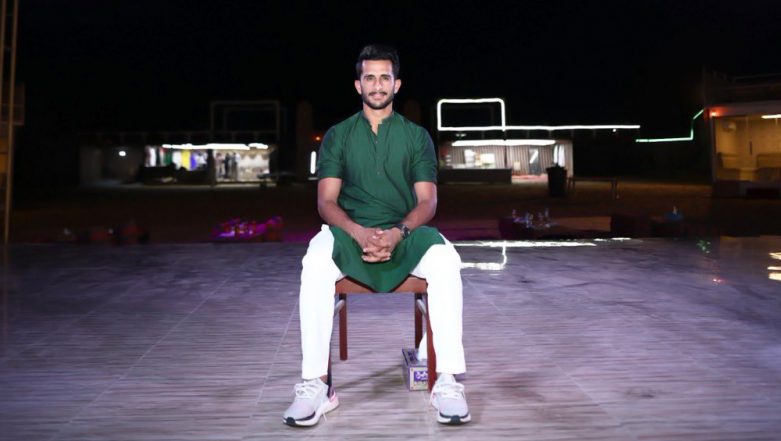 Pakistani cricketer Hasan Ali is all set to marry Indian national Samiya Arzoo today, August 20. Ali is constantly sharing all the happenings of his wedding on social media. The Pakistani pacer shared a post from his Bachelor’s party. However, he was trolled for a comment that he posted along with his photo. He was trolled to the extent that some Twitter users also called him cheap. Hasan Ali and Samiya Aarzoo Pre-Wedding Photoshoot Pics OUT! Pakistani Cricketer All Set to Marry Indian Girl in Dubai.

Ali posted the photo from his Bachelor's party and commented, “Last night as a bachelor..!looking forward.” However, people started trolling him. While some took a dig at his shoes, others question the exact meaning of his comment. Have a look at some of the comments below.

Joggers under shalwar kurta..bhai have mercy

Looking forward for a test match or 20/20? Lets see how long you can stay on THE pitch!

The families of the couple are busy with the wedding ceremony and many photos of their pre-wedding shoot are doing the rounds on the internet. The Pakistan wedding photographers Da Artist Photo shared many photos and videos of the event on their Instagram profile. Samiya is working in Emirates Airlines and belongs to Mewat District of Haryana. Her father Liaquat Ali is a former Block Development and Panchayat Officer (BPDO). Samiya has a B.Tech (Aeronautical) degree from Manav Rachna University and is a former employee of Jet Airways.