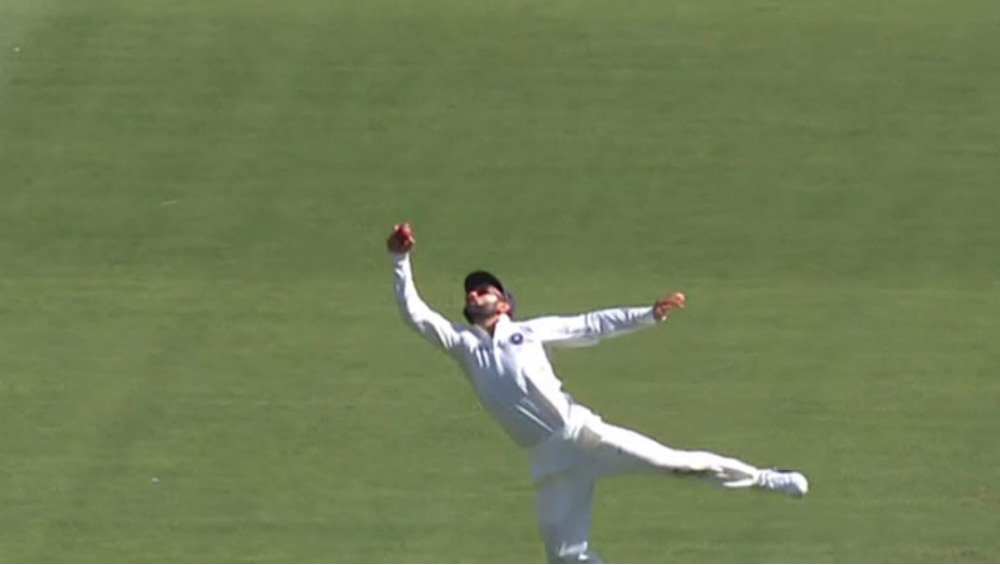 Mumbai, January 13: Indian captain Virat Kohli is at that stage of his career where he is in line to achieve a significant personal milestone before almost every match regardless of the format. He will be leading the team out at the Wankhede Stadium on Tuesday in Mumbai when India take on Australia in the first ODI between the two sides. India Vs Australia, Live Cricket Score 1st ODI Match.

Apart from being known as one of the best batsmen of his generation, Kohli is also recognised for his sharpness in the field. He is now one catch away from surpassing former captain Rahul Dravid in the list of most catches by a fielder for India. Virat Kohli vs Jasprit Bumrah: Indian Captain Reveals What Happened When He Faced the Speedster in Nets Ahead of India vs Australia 1st ODI 2020 in Mumbai.

Kohli and Dravid are currently tied at 124 catches. While Dravid did it in 340 matches, Kohli has played 242 ODIs so far.

Kohli is not too far away from the top of that list. Former captain Mohammad Azaruddin tops the chart with 154 catches in 334 matches while Sachin Tendulkar has got 140 catches in 463 matches.