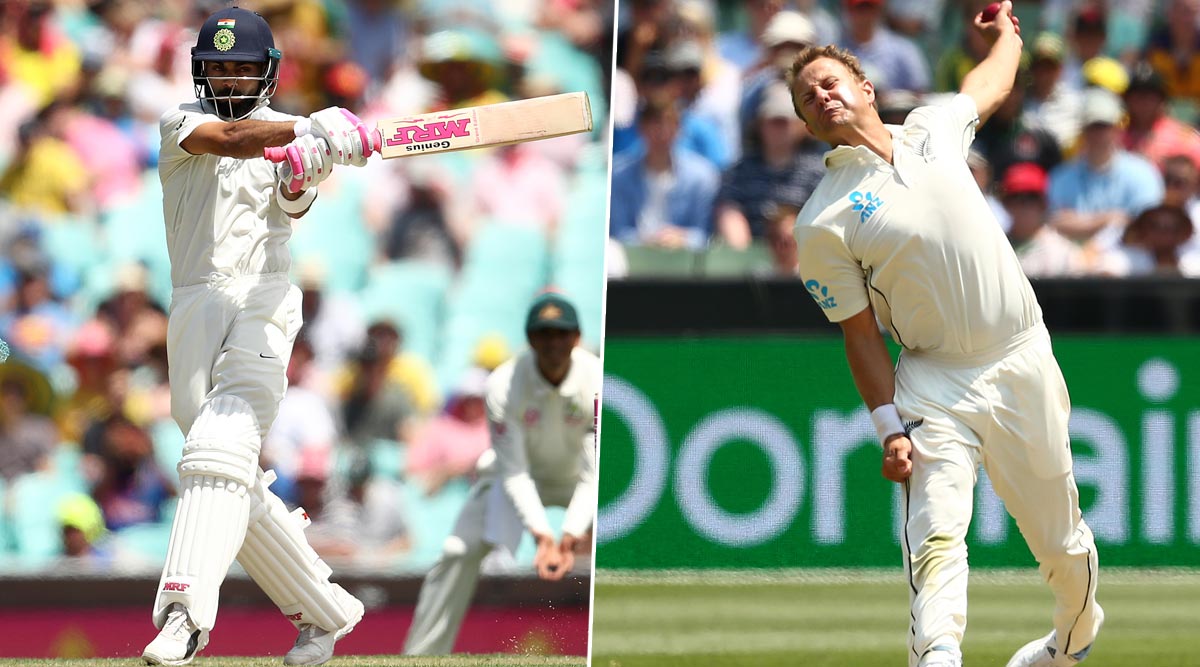 India hadn’t lost a Test series since the 1-3 defeat to England in August 2018 before they met New Zealand in Wellington. And after near-four days at the Basin Reserve, India now stare at their first series defeat in over a year’s time and first in the ICC World Test Championships where until now they had only wins. But anything other than a win at Christchurch will bring down India’s winning run. The victory though won’t seal any Test series win but help India escape New Zealand without a Test series defeat for the first time since 1968. Captain Virat Kohli’s form has been a matter of concern for the team management, who will also hope that the openers last longer and Jasprit Bumrah rediscover his wicket-taking touch. Meanwhile, fans of Dream11 fantasy team, can find all tips and suggestions to pick the right team for IND vs NZ 2nd Test match. New Zealand Vs India, Cricket Score 2nd Test Match.

Kohli, since his 136 in the Pink Ball Test against Bangladesh, has not scored a century in international innings. He has played 20 innings across all formats in that period but not reached three figures with the bat since that evening in Kolkata where he drove and demolished a Bangladeshi attack. At Wellington, he returned with scores of 2 and 19. India vs New Zealand 2nd Test Match Preview: Sans Ishant Sharma, India Look to Fight Back Against NZ.

And if this is the scenario of India’s most important batsman, their most wicket-taking bowler, Jasprit Bumrah, took only one wicket in 27 overs in the 1st wicket. The worse story is that Bumrah in 9 matches in New Zealand has only taken 7 wickets and look horribly out of form. Ishant Sharma is injured and out for India, while New Zealand welcome back Neil Wagner into the side for the second Test. Ravindra Jadeja Could Replace Ravichandran Ashwin in India vs New Zealand 2nd Test Match at Christchurch.

India vs New Zealand, 2nd Test, Dream11 Team Prediction: Wicket-Keeper – BJ Watling (NZ) may not have been among the runs in the 1st Test but with seven catches he showed a safe pair of hands and should be picked as the wicket-keeper for this fantasy team ahead of Rishabh Pant (IND).

India vs New Zealand, 2nd Test, Dream11 Team Prediction: Batsmen – New Zealand captain Kane Williamson (NZ) was one of the only two half-centurions in the 1st Test match. His score of 89 was also the highest score in the game. Williamson is a must-pick as is his opposite number Virat Kohli (IND). Mayank Agarwal (IND) and Ajinkya Rahane (IND), India’s two best batsmen in the 1st Test will be the other two picks. Williamson should also be appointed the captain.

India vs New Zealand, 2nd Test, Dream11 Team Prediction: All-Rounders – Ravindra Jadeja (IND) didn’t play the first game but is expected to return at Christchurch with his batting skills much-needed for India. The other all-rounder will be Colin de Grandhomme (NZ), who frustrated Indians with his tight line-and-length in the 1st Test.

India vs New Zealand, 2nd Test, Dream11 Team Prediction: Bowlers – Neil Wagner (NZ) returns to the New Zealand Test team after becoming a father and should be picked. Trent Boult (NZ), Tim Southee (NZ) and Mohammed Shami (IND) will be other specialist bowlers in this side. Wagner will be the player to watch out for and should be made the vice-captain.

Kohli-led side faced their first defeat in the ICC World Test Championship at Wellington and will hope to avoid a series defeat with a win in the 2nd and final Test match of the series. India failed to put up any competition in the 1st Test – apart from brief periods from Mayank Agarwal and Ajinkya Rahane – in both the departments and will have to find ways to at least look competitive against the home side on a ground, New Zealand haven’t lost a Test match since 2016.