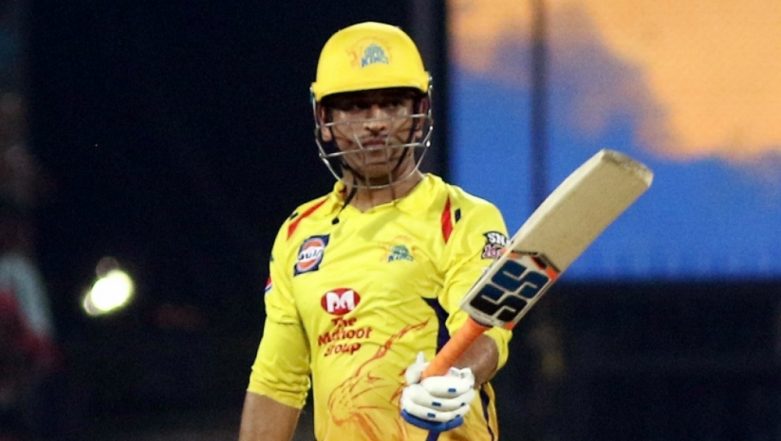 Chennai, May 8: After facing a crushing six-wicket defeat against Mumbai Indians, Chennai Super Kings (CSK) skipper M.S. Dhoni criticised his batsmen, saying they should have batted sensibly in Qualifier 1 of the ongoing Indian Premier League (IPL) edition. On a slow Chinnaswamy pitch which turned, CSK managed only 131 for 4 in their stipulated quota of 20 overs and MI chased down the target with nine balls to spare, here on Tuesday.

For most of this season, Dhoni has been bailing out CSK of trouble hiding its batting flaws. Shane Watson is completely out of form while senior batsmen like Suresh Raina and Ambati Radayu have not performed according to the expectations. "I think the batting needs to get better. These are the best batsmen we have got, it looks like we are batting well, but at times, in different games, they pull off shots that shouldn't be played," said Dhoni in the post-match presentation ceremony. MS Dhoni to Quit CSK Captaincy? Suresh Raina Hints He Might Replace the 'Captain Cool'.

"These are the players who we have banked on, they have the experience and they should know to assess the conditions better, hopefully, we will do well in the next game," he added. The CSK skipper further said they failed to read the pitch and played some shots which they shouldn't have played on a turning Chepauk track.

"Somebody has to lose, things really didn't go our way, especially batting. At home, we had to assess the conditions quickly. We have played six to seven games on this pitch and should have read the pitch better, that's the home advantage," said Dhoni "We needed to know how the pitch behaves, would it be tacky or not? Is the ball coming on or not? Those were the things we didn't do well," he added.

Chennai, who finished at the second spot in the league stage, will get another shot at the title clash as they will face the winner of the Eliminator between Delhi Capitals and Sunrisers Hyderabad in Qualifier 2 on Friday.