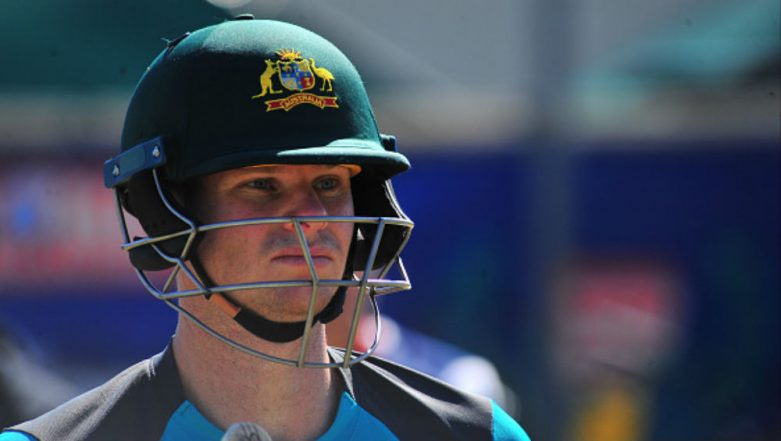 Suspended Australian cricketer Steve Smith today, February 28, had a ht in the nets. Smith was suffering from an elbow injury that ruled him out of the Bangladesh Premier League 2019 (BPL 2019). He was to take part in the Pakistan Super League 2019 (PSL 2019) for the first time, but due to injury he could not.

Smith who returned to practice shared video on his Instagram account. “Great to have my first hit back today. The elbow is feeling good!” wrote Smith who was seen playing few cover drives in the video during practice session.

Great to have my first hit back today. The elbow is feeling good! 😀

Smith was banned for one year by Cricket Australia (CA) after accepting to have to tampered with the ball during a Test match against South Africa. Cameron Bancroft was caught on camera rubbing the ball with a sandpaper. Along with Bancroft, Smith and David Warner were handed a suspension as well. IPL 2019 Schedule in PDF: Download VIVO Indian Premier League 12 Full Timetable With Fixtures, Matches, Team and Venue Details.

While Bancroft’s suspension ended earlier this year, Smith and Warner will be available for selection from upcoming March 29. During that time, Australia will be playing against Pakistan and it will be interesting to see whether the duo is picked straightaway in the squad or not.

Meanwhile, the IPL 2019 begins from March 23. There is no confirmation on whether Smith will be available for Rajasthan Royals or not following the injury. However, it appears the right-hander is all set to return.