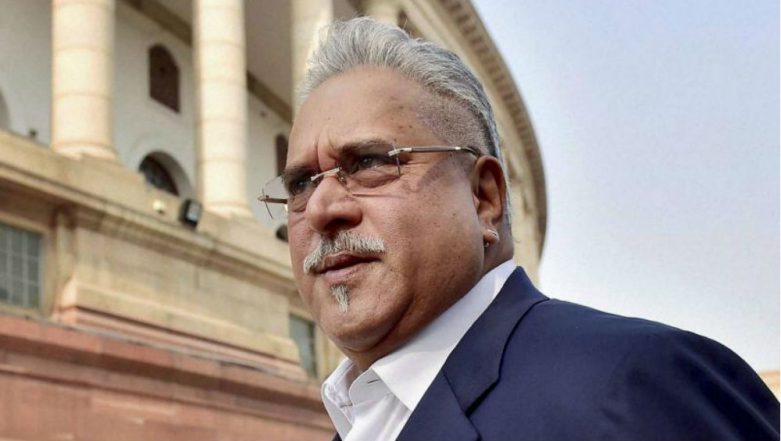 Bengaluru, May 7: Royal Challengers Bangalore (RCB) former co-owner Vijay Mallya said the Virat Kohli-led team is always good on paper, reacting to the skipper's social media post after they finished rock-bottom in the Indian Premier League (IPL) points table. Taking a dig at RCB's star-studded line up which had AB de Villiers, Marcus Stoinis, Moeen Ali and Shimron Hetmyer besides Kohli, Mallya tweeted: "Always a great line up but sadly on paper only."

RCB gave a poor account of themselves in the first half of the tournament, not being able to win a single game. But Kohli and Co bounced back to win five games on the trot at the back end of the competition, something that, in the end, proved to be a bridge too far in terms of making the playoffs. April Fools' Day 2019: Vijay Mallya Shares Kingfisher Instant Beer, Radler, and IPL Prank Videos, Tries to Fool Indians; Don't Fall For Him Again.

Always a great line up but sadly on paper only. Devastated with the wooden spoon. https://t.co/6uYYbXJxVq

"Thank you guys for all the love & support - the entire team including the fans, the ground staff & the support staff! Promise to come back stronger next year," Kohli wrote on his social media platforms. It was the 12th straight season that the RCB failed to bag the IPL trophy.