IPL Orange Cap 2019 Winner for Scoring Most Runs in This Season: List of Leading Run-Scoring Batsmen of IPL 12 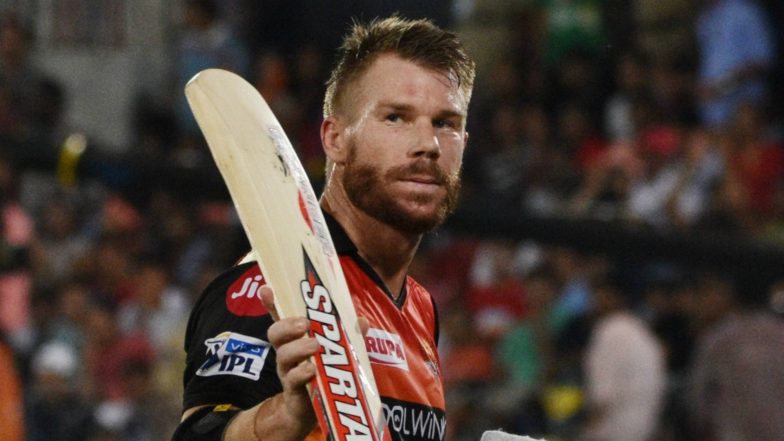 The 12th edition of Indian Premier League (IPL) is all set to host its final between Chennai Super Kings (CSK) and Mumbai Indians (MI) on May 12. The VIVO IPL 2019 final on Sunday will give us a side with four titles (both CSK and MI have three titles each). However, one accolade that may elude players of both teams this season is the prestigious ‘Orange Cap’. Orange Cap in IPL is awarded to the batsman who has scored most runs in a season. And in IPL 2019, it is certain Australia’s David Warner of Sunrisers Hyderabad (SRH) will bag IPL Orange Cap 2019 winner trophy. But one will have to wait till the end of the tournament. Before the award ceremony takes place, we will look at the list of leading run-scoring batsmen of IPL 12. MI vs CSK, IPL 2019 Final, Live Cricket Score Updates.

After missing out on playing the IPL previous year (ball-tampering scandal against South Africa followed by a year ban) David Warner made a roaring comeback in IPL this year. Despite being available for Sunrisers Hyderabad till the group stage, Warner piled up a mountain of runs. The 32-year-old left-handed opening batsman made 692 runs in 12 innings. Warner is the only batsman to cross the 600-run mark in the 12th Indian Premier League. He slammed a blazing century against Royal Challengers Bangalore (RCB) and a total of eight fifties in his short stay in IPL 2019.

At the second place is India’s KL Rahul who made 593 runs for his side, Kings XI Punjab (KXIP). The Bangalorean cricketer took 14 innings for his total runs, which included one hundred and six half-centuries. Interestingly, there is just one batsman from either of the two finalists Chennai or Mumbai in the top-10 list. It is South Africa’s Quinton de Kock playing for Mumbai Indians side. But he has no shot at Orange Cap, with 500 runs under his belt. Take a look at the list of Leading Run-Scorers of IPL 12.