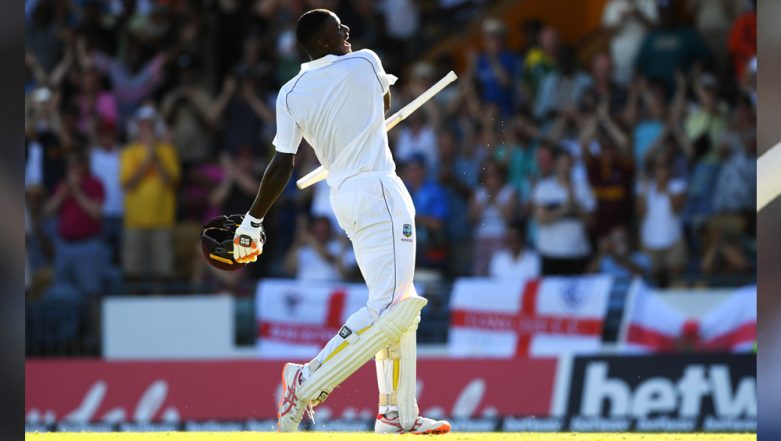 Jason Holder scored a spectacular double-century in the first Test against England which helped the Windies register an emphatic win over the Poms. Holder remained unbeaten on 202* runs in their second innings, which gave them an unassailable lead. With his double ton, the West Indies' captain wrote a few records against his name, in only his 36th Test match.

Jason Holder became the sixth cricketer in history to have claimed ten wickets in the Test match, and score a double-century in the same. The other record holders are Vinoo Mankad, Allan Border, Ian Botham, Wasim Akram, and Shakib Al Hasan. Also, Holder is third to achieve this feat as a captain, after Border and Akram.

Jason Holder’s 202* is the third-highest score by a player who has come to bat at number eight or lower. The record holder is former Pakistan captain Wasim Akram who scored 257* against Zimbabwe in 1996. The second on the list is Pakistan’s Imtiaz Ahmed, who scored 209 runs against New Zealand in 1955.

The West Indies captain became only the second player, after Sir Donald Bradman, to score a double century in the second innings of a Test match. Bradman had scored 270 against England in 1937.

Holder’s partnership of 295 runs with Shane Dowrich was the cornerstone of West Indies’ victory in the match. Their collaboration helped the hosts, West Indies, to move from 120 for 6 to 415 for 6, before they declared, leaving a daunting target of 627 runs. Read West Indies vs England, 1st Test 2019, Match Highlights Here.

It was an improbable task for England to chase the high target, and they eventually were bundled out on 246 runs. West Indies won the match by 381 runs and went a step ahead in the three-match Test series. Stay tuned with us for all the latest updates about West Indies vs England 2019 Test Series.