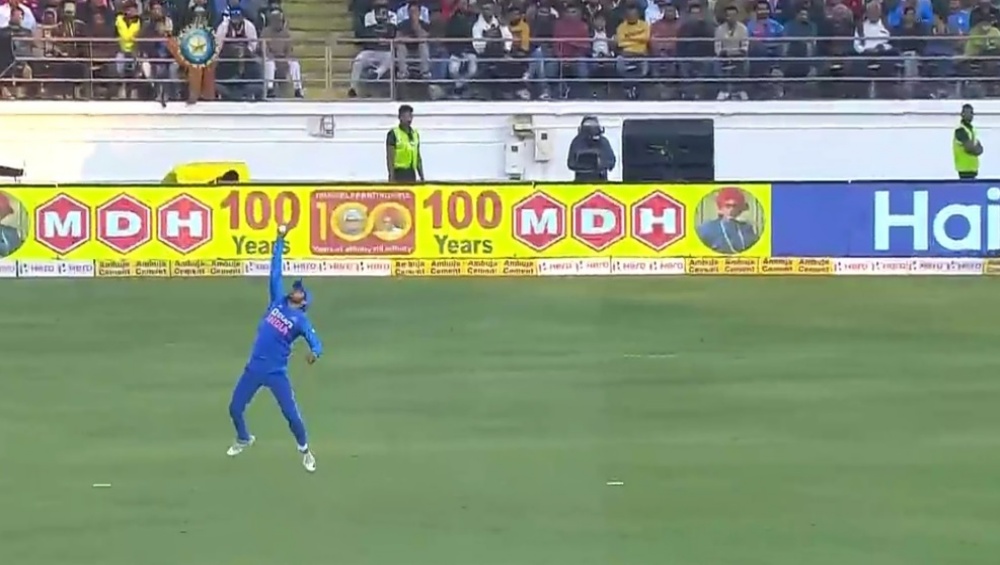 After India scored a total of 340 runs it was Australia’s chance to come to bat at the Saurashtra Cricket Association in Rajkot. It was David Warner and Australian captain Aaron Finch who walked out to bat for the Australians for the opening slot. However, Warner made way to the pavilion after facing 12 balls and scored 15 runs. Courtesy Mohammed Shami who bowled outside off and the batsman went on to clear the front leg and skied it to the off-side. However, Manish Pandey was waiting as he grabbed one-handed catch and dismissed Warner. India vs Australia, Cricket Score 2nd ODI Match.

Pandey was positioned at the cover-point jumped high to grab a stunner. Warner stood in disbelief and that’s how the first wicket fell for the Australians. Steve Smith is the new batsman who walked out to play. Looking at the catch, the netizens went berserk and posted several tweets praising Manish Pandey. The BCCI also praised Pandey for the catch.

First, check out the video below

WHAT. A. CATCH! 😯😎👏 #TeamIndia #INDvAUS pic.twitter.com/DyV8Vgtryy

Manish Pandey, what a screamer!!!! #INDvAUS

Talking about the Indian innings, Shikhar Dhawan and Rohit Sharma gave a bright start to the team. Dhawan scored 96 runs whereas, Sharma got out on 42 runs. Indian captain Virat Kohli got out on 78 runs whereas wicket-keeper batsman KL Rahul contributed with 80 runs. The Indian team made a total of 340 runs.