Most Runs in ODIs in 2019: Virat Kohli, Rohit Sharma and Shai Hope to Tussle for the Top Spot in Ongoing India vs West Indies Series 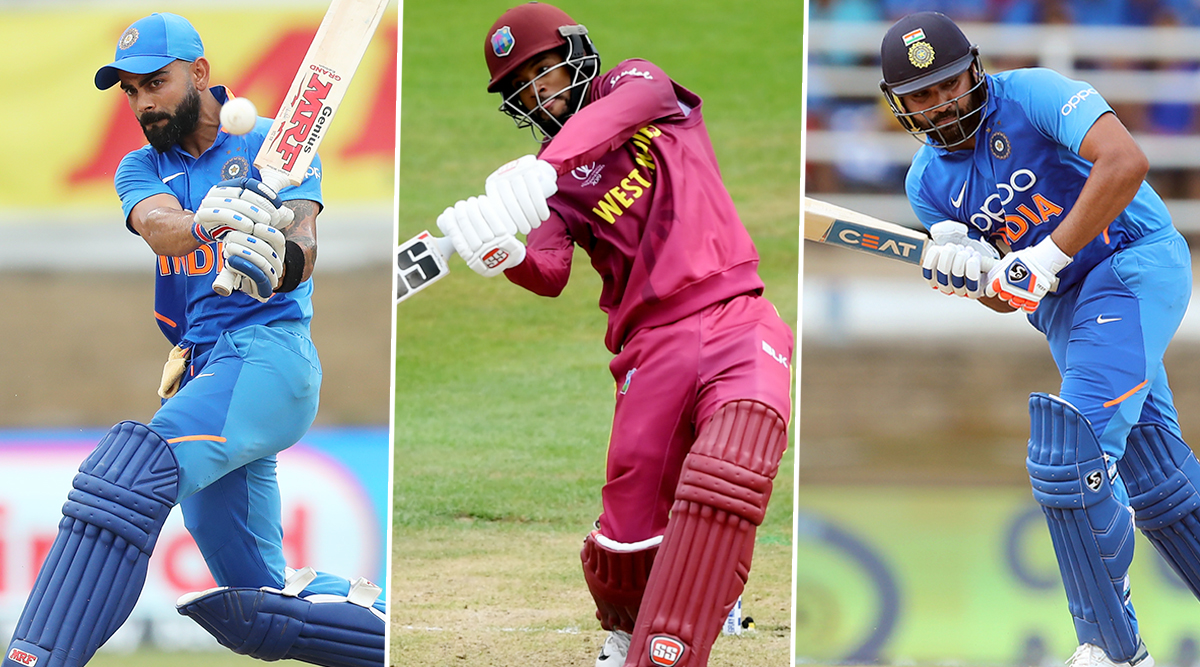 West Indies stunned one and all by defeating India in the first ODI of the series in Chennai. Shai Hope and Shimron Hetmyer mustered centuries and guided their side to an eight-wicket triumph. The visitors have also taken a 1-0 in the three-match series and a lot will be in stakes in the next two encounters. Amidst of the result of the series, Rohit Sharma, Virat Kohli and Shai Hope will also fight to become the highest ODI run-scorer in 2019. The upcoming encounters will also be last two ODIs for both the teams and it will be interesting to see that who will end the year at the pinnacle. IND vs WI 1st ODI 2019 Stat Highlights: Shimron Hetmyer, Shai Hope Power Windies To 8-Wicket Victory.

Indian skipper Virat Kohli is currently at the top of the charts with 1292 runs this year. The second position is occupied by his teammate Rohit, who has 1268 runs under his belt and Hope is number at three with 1225 runs in 2019. No other sides are going to play any ODI matches in the remaining days of this year which means that the top will be occupied by one of these batsmen only.

Hope might be on the third spot but the opener has already smashed a century in the first clash and will fancy his chance to go past the Indian giants. On the other hand, Rohit might have scored just 36 runs in Chennai but the 32-year old tends to score daddy hundreds and a big performance in the remaining clashes might see him on the top. Talking about Kohli, the juggernaut has made a habit of topping the charts and surpassing him will certainly not be easy.

The next two ODIs will be played at Vishakhapatnam and Cuttack respectively where the Indian captain has a great record and the fact might well work in his favour. So, the tussle among the three-right handed batsmen is one to watch out for and let’s see who comes on top.