MS Dhoni Hits the Nets Ahead of Ind vs NZ 4th ODI 2019; Will he Feature in Playing XI? (See Pics) 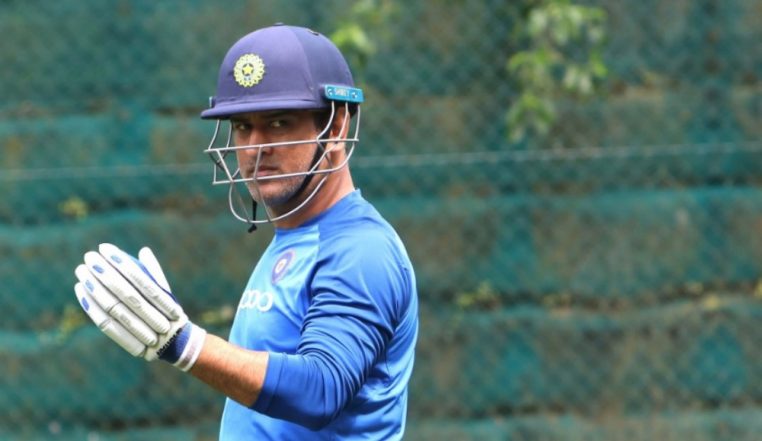 MS Dhoni was excluded from India vs New Zealand, 3rd ODI 2019 due to a sore hamstring. The former Indian captain was rested and in came Dinesh Karthik for the match. However, it’s very likely that Dhoni could be featured in the playing XI of India vs New Zealand, 4th ODI at Seddon Park in Hamilton. Ahead of the fourth game, Dhoni was seen sweating it out in the nets along with the other members of the team. India has already won the series by 3-0 and has a couple of games to spare. MS Dhoni Misses an ODI Match for the First Time in Six Years Due to a Sore Hamstring.

The wicketkeeper-batsman was spotted in a net session along with some of the other players in the team – Mohammed Siraj, Khaleel Ahmed, Shikhar Dhawan, Hardik Pandya. Siraj could find a place in the team and Mohammad Shami who grabbed the Man of the Match award in the last game could be rested. The pictures of the nets session were shared on the official account of the BCCI. “📸📸 Snapshots from #TeamIndia's training session ahead of the 4th ODI against New Zealand #NZvIND,” read the caption of the snaps.

Snapshots from #TeamIndia's training session ahead of the 4th ODI against New Zealand #NZvIND pic.twitter.com/KTmYgLwK5n

Meanwhile, Virat Kohli has been rested from the remaining ODI and the three T20I games. The decision was taken keeping in mind the upcoming mega-tournament of the ICC Cricket World Cup 2019. Rohit Sharma will handle the reins of the team Kohli’s absence. Sharma will be donning the Blue jersey for the 200th time in a 50 over format.