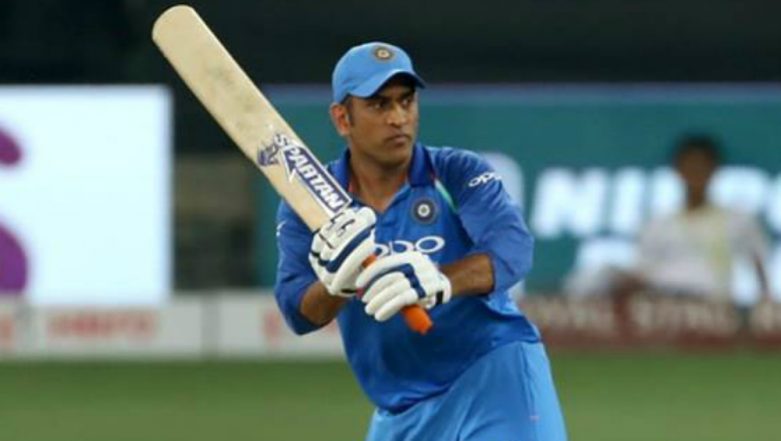 Mount Maunganui, January 28: Former skipper Mahendra Singh Dhoni missed out of Monday's third ODI against New Zealand with a hamstring injury, making it only the third occasion when the veteran stumper was forced out of the playing XI.

At 37, Dhoni has been one of the fittest Indian cricketers of the current generation and very less often do fans witness an Indian line-up sans his name in white-ball cricket. Interestingly, this is only the third time the Ranchi wicketkeeper-batsman has missed out with an injury. IND 39/1 in 8.2 Overs (Target 244) | India vs New Zealand 3rd ODI Live Score Updates: Trent Boult Removes Shikhar Dhawan.

The last time he was out of the playing XI was way back in 2013 when he missed three ODIs due to a hamstring injury in a tri-series in the West Indies. While the first time, he missed out was 12 years ago when he was out of two ODIs against Ireland and South Africa in Belfast in 2007 due to viral fever.

On Monday, with India leading 2-0 in the five-match ODI rubber against the Kiwis, the talismanic stumper was once again troubled by his hamstring, which provided the men-in-blue with an opportunity to test out Dinesh Karthik behind the stumps.

With India slated to play a handful of international games ahead of the ICC World Cup in May and June, this experiment could come handy for Virat Kohli's team, in case Dhoni picks a niggle or injury in the showpiece tournament in England and Wales.