MS Dhoni Turns Farmer Ahead of IPL 2020 Comeback, Ploughs Seeds of Papaya and Watermelon in the Field (Watch Video) 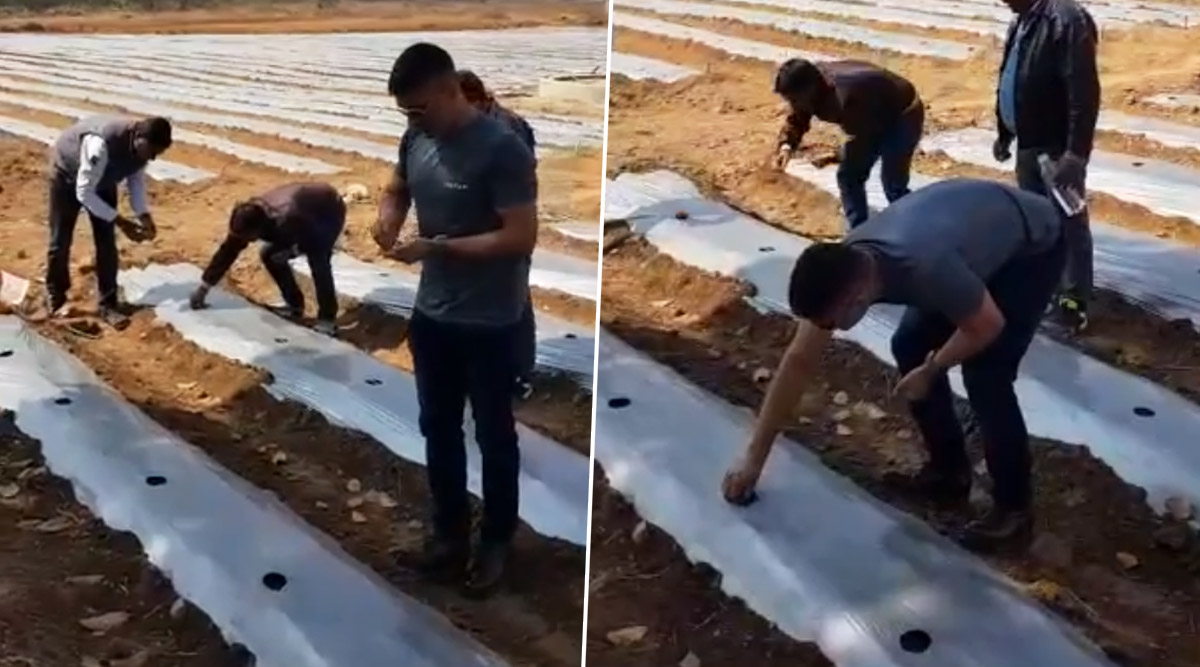 MS Dhoni is a man of many talents and the wicket-keeper batsman has recently started organic farming in his native town of Ranchi. After spending his holidays in the Maldives along with wife Sakshi and former team-mates RP Singh and Piyush Chawla, the 38-year-old returned to his hometown and seems to have found a new hobby. The world cup winning Indian captain will soon be joining his Chennai Super Kings teammates in CSK’s training camp for the upcoming season of the Indian Premier League (IPL). MS Dhoni Serves Panipuri to RP Singh and Piyush Chawla During His Maldives Vacation (Watch Video).

The Indian captain shared a video on his official Facebook page in which he can be seen doing organic farming. ‘Start of organic farming of watermelon in Ranchi followed by papaya in 20 days time. first time so very excited.’ The world cup winner captioned his post. The former Indian captain has not played of the national side since the heart-breaking loss to New Zealand during the semi-finals of the 2019 Cricket World Cup. CSK Captain MS Dhoni to Start Training for Indian Premier League Season13 From March 2 at MA Chidambaram Stadium in Chennai.

This has raised a lot of speculations about Dhoni’s future with the national team and rumours about his retirement from the international stage has been making the rounds on social media. BCCI’s exclusion of Dhoni from the annual contract list has added fuel to the fire. But the 38-year-old has not yet spoken anything about the topic publicly.

The former Indian captain will represent Chennai Super Kings in IPL 13, starting from March 29, 2020, and is expected to feature in the opening game against defending champions Mumbai Indians. Dhoni has led CSK to three trophies and will be adamant on getting his hands on the elusive prize for the fourth time.