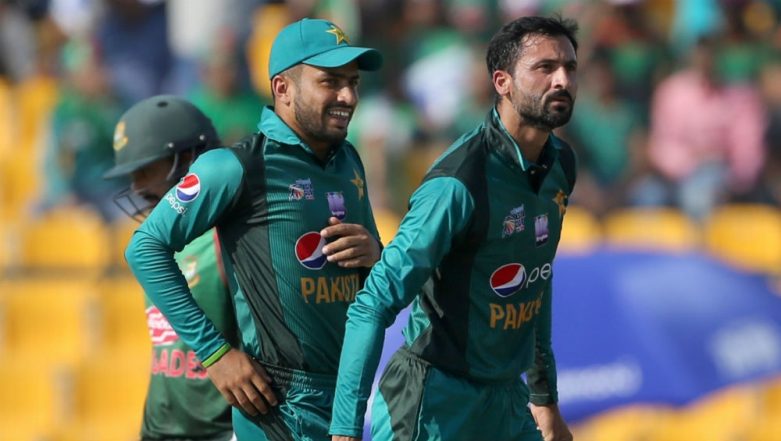 Left-arm pacer Junaid Khan playing his first match of the ongoing Asia Cup 2018 scalped four wickets against Bangladesh at the Sheikh Zayed Stadium in Abu Dhabi. Khan, who replaced another left-arm pacer Mohammad Amir in the Pakistan playing XI, in his nine overs returned figures of 19 for four. Khan struck early in the Bangladesh innings by removing both the openers Soumya Sarkar and Liton Das. While Soumya was caught, Das was dismissed courtesy a superb delivery from the fast bowler. PAK vs BAN Live Score Updates.

Khan came from round the wicket and bowled a perfect length. The ball after straightening went past the outside edge and hit the top of off-stump. At fall of Das’ wicket, Bangladesh were left reeling at 12 for three inside first five overs. Asia Cup 2018 Leading Run-Scorers: Mushfiqur Rahim Second on the List of Batsmen With Most Runs in Asian Cricket Tournament

Bangladesh then recovered courtesy 144 run partnership between Mushfiqur Rahim and Mohammad Mithun for the fourth wicket. The stand was eventually broken by Hasan Ali who caught and bowled Mithun. Mushfiqur then went on to take Bangladesh near the 200-run mark. He was then dismissed on 99 by Shaheen Afridi.

Bangladesh towards the end lost their way and were bundled out for 239. At one stage, they were looking to go past a total of 260. Khan once again proved effective as he scalped two more wickets in the last overs. He accounted for Mehidy Hasan and Mahmudullah. Pakistan vs Bangladesh Asia Cup 2018: Mushfiqur Rahim's 99 Powers Bangladesh to 239 in Knockout Match

After his impressive performance, Khan said that playing a lot of matches in the UAE has given him a good idea of how to bowl in these conditions. Meanwhile, the winner of Pakistan vs Bangladesh will face India in the final of Asia Cup 2018 on Friday.