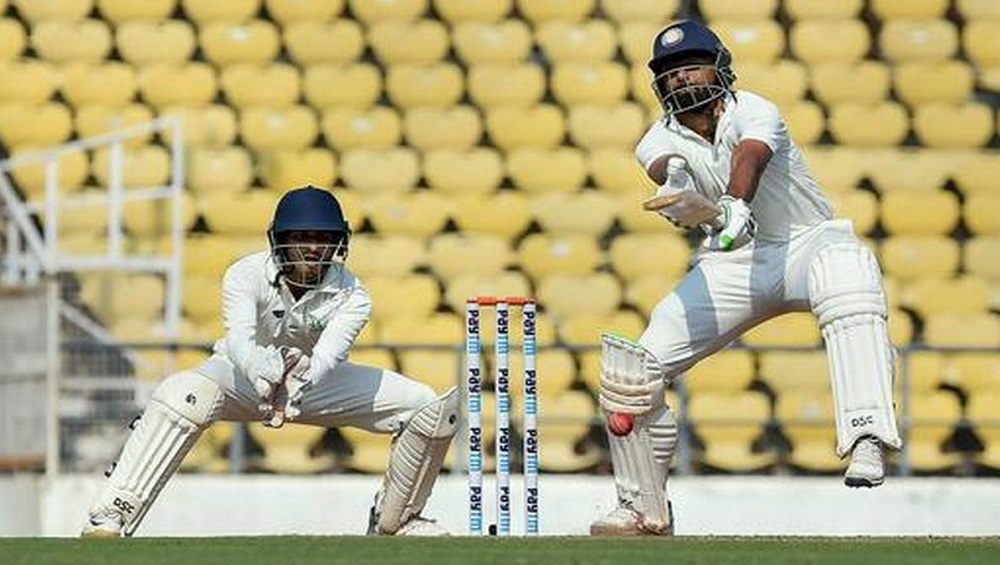 New Delhi, January 14: KV Sasikanth's fifer (5/60) helped Andhra notch up their third win of the season as they hammered Hyderabad by an innings and 96 runs in a Ranji Trophy round five contest in Ongole. Resuming the fourth and final day at 45/3, Hyderabad kept on losing wickets at regular intervals even as Jaweed Ali held the fort for his side with a gritty 98-run knock.

Meanwhile, the other contests in Elite Group A and B -- Uttar Pradesh vs Baroda, Rajasthan vs Gujarat, Railways vs Madhya Pradesh, Saurashtra vs Karnataka and Tamil Nadu vs Mumbai -- drew no result. Ranji Trophy 2019-20: Jalaj Saxena Shines in Kerala's Win Against Punjab.

In Elite Group C, Maharashtra overhauled a 48-run target handed by Jharkhand with ease to register a eight-wicket win in Nagothane. While the Maharashtra openers fell cheaply, Naushad Shaikh's unbeaten 26 was enough to steer them home. It was Maharashtra's first win from five games they have played so far in the season.

In Delhi, the Jammu and Kashmir (J&K) bowlers came out all guns blazing to bundle out the Services, who were chasing a 320-run target, for just 146 runs. For J&K, Mohammed Mudhasir and skipper Parvez Rasool scalped three wickets each while Umar Nazir Mir and Aquib Nabi picked up two each.

The matches between Assam vs Chhattisgarh and Tripura vs Uttarakhand ended in a draw. In the Plate Group matches, the contests between Chandigarh and Sikkim and Nagaland vs Arunachal Pradesh also drew no result.