Both these teams are still in contention to make it to the fourth spot on the IPL 2021 points table and a loss for either would virtually mean the end of their campaign this season. Rajasthan would take in a lot of confidence from their win over Chennai Super Kings in their last match while Mumbai Indians need to find a way to win and regain hope. 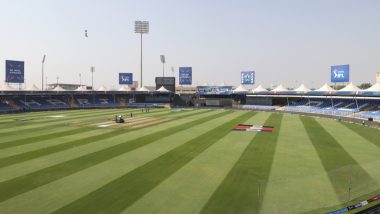 On the back of a fresh, spirited and timely win, Rajasthan Royals would aim at strengthening their playoff hopes when they face Mumbai Indians in match 51 of the Indian Premier League 2021 on Tuesday, October 5. Rajasthan Royals managed to stay in contention for a spot in the playoffs by pulling off a brave win against Chennai Super Kings in their last match. The odds were stacked against them, Ruturaj Gaikwad had just struck a brilliant hundred and they had everything to lose, as a defeat would have more or less, shut their doors to the playoffs this season. RR vs MI, Dream11 Team Prediction IPL 2021: Tips To Pick Best Fantasy Playing XI for Rajasthan Royals vs Mumbai Indians, Indian Premier League Season 14 Match 51

But out came a brave Rajasthan Royals batting line-up, led by the exuberance of a young Yashasvi Jaiswal, who scored a 19-ball fifty and he was supported by some pure power-hitting by Shivam Dube, who reminded everyone why he was such a highly-rated young all-rounder in Indian cricket. They took Rajasthan home, chasing down 190 in just 17.3 overs and Sanju Samson would expect a similar sort of fearless performance from his team against defending champions Mumbai Indians. Mumbai meanwhile, have not made much of a difference with their performance in the UAE leg of IPL 2021 as they now face a must-win clash against Rajasthan and they would only succeed in staying alive this season with a win, something that has come to them just once in the UAE leg of IPL 2021.

Against Delhi, they had a chance to win but Shreyas Iyer had other plans as his knock eventually was the difference between these two sides. IPL 2021 Points Table Updated. 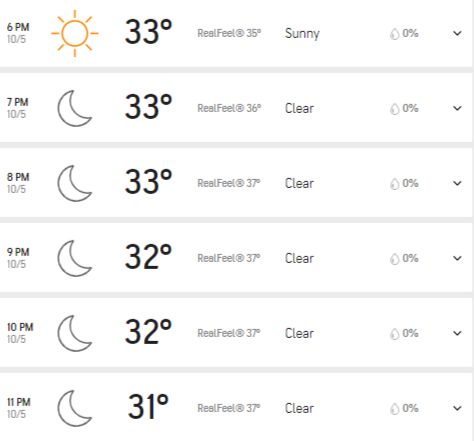 Expected weather in Sharjah at the time of RR vs MI clash (Source: Accuweather.com)

The weather in Sharjah on October 05, 2021 (Tuesday) is good for cricket and hence there seem to be no weather-related interruptions for the RR vs MI match. According to the forecast, the skies would remain clear with temperatures fluctuating between 31-33 degrees celsius.

The Sharjah pitch has been a tough one to score runs on but this fact was defied when Royal Challengers Bangalore played Punjab Kings on this ground, Sunday, October 3. It was a match where both teams scored close to 160 runs and that can be taken as an exception with most games being low-scoring ones on this strip. A total of 140-150 would be a tough one to chase on this pitch.

(The above story first appeared on LatestLY on Oct 04, 2021 05:08 PM IST. For more news and updates on politics, world, sports, entertainment and lifestyle, log on to our website latestly.com).