Sachin Tendulkar Praises Rohit Sharma & Mayank Agarwal, Says ‘Their Partnership has Been a Joy to Watch’ 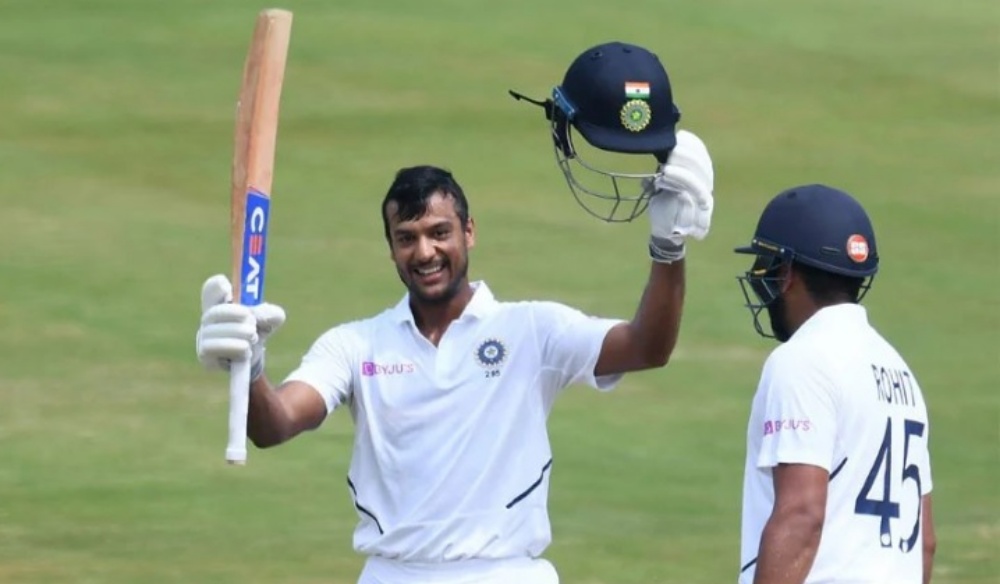 Rohit Sharma and Mayank Agarwal’s has been the talk of the town after the two went on to stitch 317 runs for the opening partnership which happens to be the highest for India vs South Africa in Test. Rohit Sharma got out on 176 runs as e fell short of the crease and was stumped by Quinton de Kock, but Mayank Agarwal continued to stand tall as the visitors toil to get rid of the Bangalore based batsman. Needless to say, the netizens are quite impressed with their performances. This also included Sachin Tendulkar who praised the duo for their innings. Rohit Sharma and Mayank Agarwal Bring up the Highest Partnership for India Against South Africa, 1st Test 2019, Day 2.

The Master Blaster took to social media and said that it was a joy watching the duo batting in this fashion. He also posted a couple of pictures and out a strong caption praising the Indian openers. The opening stand of 317 runs is the third Highest Opening Partnership for India in Tests. Also, this is the 10th time that the openers scored their respective centuries.

A good century by Mayank Agarwal. He has worked hard since his debut in Australia.

The opening partnership between him & Rohit Sharma has been a joy to watch.#INDvSA pic.twitter.com/o1Z0A4uuwq

As of now, Mayank Agarwal already scored his double hundred and became only fourth Indian to achieve this feat. Mayank Agarwal made his way back to the pavilion on the score of 215 runs.  As of now, India has piled up 476 runs on the board and have lost six wickets. For now, we have Wriddhiman Saha and Ravindra Jadeja batting on the score of 8 and 20 respectively.